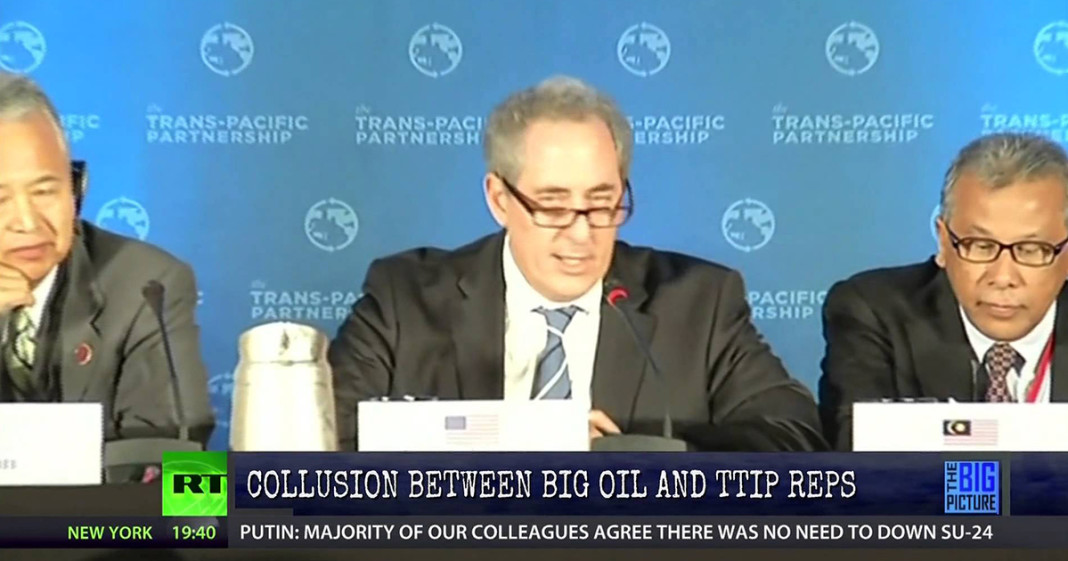 Curtis Ellis, Obamatrade.com/American Jobs Alliance, join Thom. The final text of the Transpacific Partnership – or SHAFTA as I like to call it – was released earlier this month to the public. That text is finalized and is waiting for Congress to vote on it – but SHAFTA’s Atlantic counterpart – the Transatlantic Trade and Investment Partnership – is still under negotiation. And observers are increasingly worried that the TTIP could undermine any attempts to curb global CO2 emissions and mitigate the most dire impacts of climate change. In fact – new documents obtained by the Guardian show that officials have given oil lobbyists and refinery associations unprecedented access to the negotiations – even asking for “concrete input” on the text of an energy chapter. – Thom Hartmann’s Big Picture