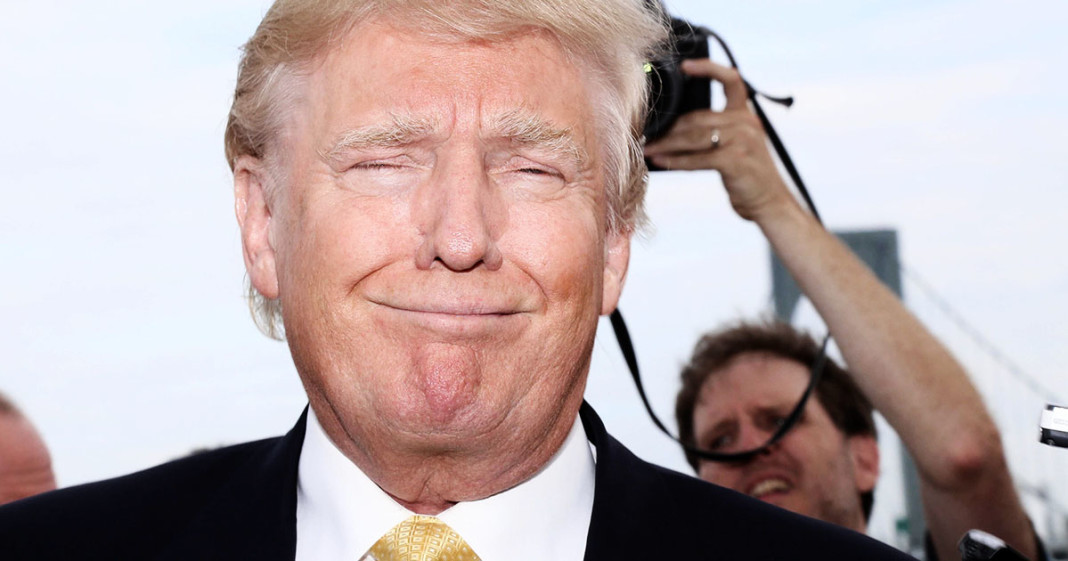 Donald Trump is living proof that money talks in America. People who do not have two pennies to rub together worship Trump because he allegedly can’t be bought due to his monstrous wealth, but that doesn’t stop him from trying to buy everyone else.

Trump takes advantage of American money worship to attempt to goad his opponents into doing what he wants. The most recent example of this was at a rally in Georgia Monday night where Trump suggested that he would not participate in a debate on CNN unless they donated 5 million dollars to the Wounded Warrior Project. Despite Trump’s apparent concern for veterans, a veterans group leader has said that “Donald Trump is not a leader in veteran philanthropy.”

This event bears a striking resemblance to Trump’s plan to donate 5 million dollars to a charity if President Obama released his private records.

If Trump truly wanted veteran organizations to have more funding and support, he should give it himself instead of holding people hostage for political gain.