“Affordable” housing is becoming one of the defining issues of our day. Despite the fact that average Americans work harder and longer hours and are more productive, increasing numbers of urban dwellers across the country are finding it more and more difficult to afford what should be a basic human right: adequate housing. A generation ago, workers were expected to pay no more than a quarter to a third of their incomes on rent or mortgage payments. Today, simply covering the cost of a single room in which to sleep at night can eat up 60% or more of an average worker’s paycheck. New York City may be the poster child for this problem, but it is hardly alone. It’s happening in cities all over the country – and the downward pressure on wages and salaries exerted by a corrupt, greed-maddened corporate oligarchy is only part of the equation.

One factor is gentrification, driven by the obscene and growing inequality that defines the U.S. economy. Younger, high-paid professionals who are in the top 10% of income earners and who fled the cities years ago are moving back. Lower crime rates and more amenities such as upscale restaurants and shopping facilities, as well as close proximity to urban workplaces where these individuals are employed, make these urban core areas increasingly attractive to high-income, white collar workers. They take up residence in areas that once contained affordable housing, where rental units have been renovated and turned into condominiums. This drives up rentals and land values faster than even construction costs. It’s forcing out the poor and middle class.

New York Times columnist Paul Krugman says it doesn’t have to be this way. In an op-ed published Monday, Krugman attributes much of the problem to urban land use regulations. Krugman points out that land-use restrictions are literally preventing the construction of new affordable housing. Fortunately, it is a problem that has local solutions. Krugman writes:

This is an issue over which local governments have a lot of influence. New York City can’t do much if anything about soaring inequality of incomes, but it could do a lot to increase the supply of housing, and thereby ensure that the inward migration of the elite doesn’t drive out everyone else.

Krugman adds that current mayor of New York City, Bill DeBlasio, is aware of what needs to be done. Unfortunately, this problem is not unique to the city of New York. Nor is it confined to the cities. Many members of the upper 10% have summer homes in smaller towns and rural areas – thus creating shortages and driving up prices for those who live and work in these communities year-round. One NYT reader, who identifies himself as “Pilgrim,” posted the following comment: “I live in a desirable beach town where 3 out of 4 houses are second homes. There’s no place left to rent or buy for the locals because of the over inflated real estate prices.” Ironically, there are as many as six empty homes for every homeless person in the U.S. – but that’s a whole other rant.

It seems like a lose-lose proposition for everyone – but the moneyed elite don’t give a tinker’s damn. It doesn’t really affect them, after all. Economic inequality is something over which city governments have little control.  However, relaxed land use rules and more intelligent zoning laws, which are the province of municipal government, could go a long way toward easing a problem that is well on its well to becoming an all-out crisis.

Can the Democrats and Republicans at least come together and agree to ease up the regulations preventing affordable housing? 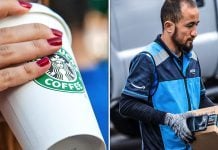 Starbucks & Amazon Take Position As Unions Busters In The U.S. 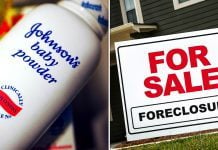 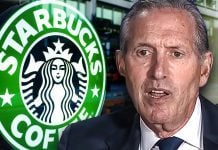