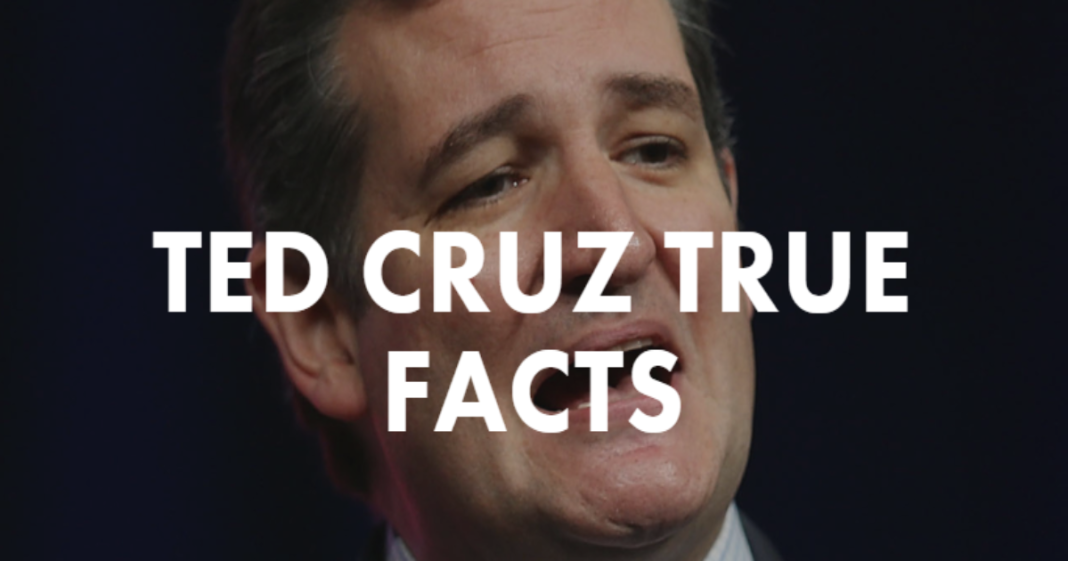 On The Daily Show on Monday night, Trevor Noah took a shot at Republican presidential candidate Ted Cruz in regards to his comments about the Planned Parenthood shooter.

Noah responded to comments Cruz had made which indicated that the attacker, Robert Dear, was a “transgender leftist activist.”

Noah reminded us that you can’t believe everything you hear on the internet, and to prove that fact, he created a website specifically for true facts about Ted Cruz. One of the tamer facts on the site is, “Ted Cruz’s greatest fear is giraffes, but just the animal cracker kind.”

The Ring of Fire might have to submit our own totally not untrue facts about Ted Cruz to the prestigious site.

The Daily Show with Trevor Noah