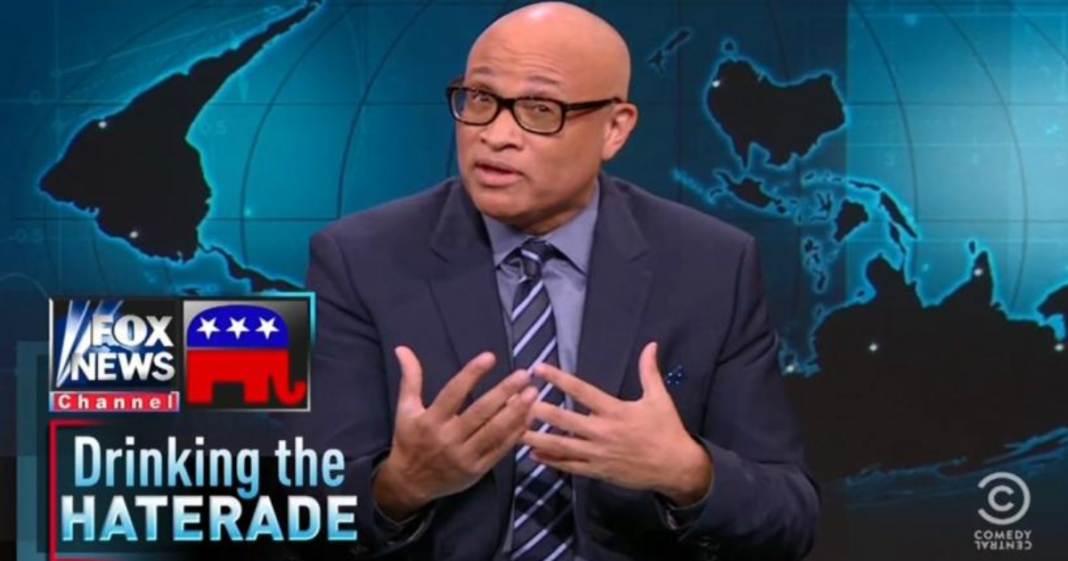 On last night’s The Nightly Show, Larry Wilmore took the term “drinking the Kool-Aid” to the extreme as he rationalized the argument that the GOP does hold at least a small amount of responsibility for Friday’s Planned Parenthood shooting.

He ended the segment with an extended metaphor in which a glass full of orange juice was a paranoid Fox viewer. When Wilmore added the GOP Kool Aid to the nearly full glass, it spilled over, a visual representation of attacks like the one in Colorado Spring.