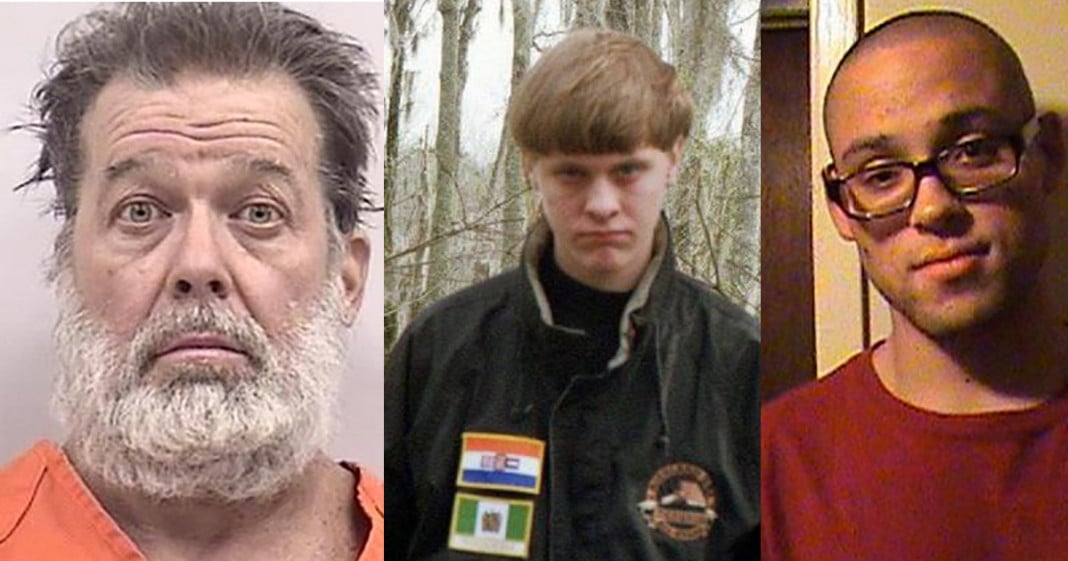 While Donald Trump blathers about registering Muslims in the U.S. and sounds the alarm about gun-toting Mexican drug lords invading the country while FOX News and the rest of the so-called “mainstream” media warn U.S. that Islamic terrorists are coming to kill us all, yet another mass shooting took place last Friday. Robert Lewis Dear’s motives for killing three people and injuring nine more at a Colorado Planned Parenthood are not entirely clear. However, there is some speculation that Dear – like ISIS and other Muslim extremists – was driven by religious fanaticism. In this case, he was goaded by the recent “baby parts” scam  perpetrated by Carly Fiorina, the right-wing media and the GOP.

Can we finally acknowledge that the gravest terrorist threat Americans face is not from Muslim extremists from overseas, but rather the primarily white, male Christian fanatics and psychotics right here at home? And let’s call these mass shootings what they are: acts of terrorism. According to data from the New America Foundation, 26 people have been killed in seven jihadist attacks on U.S. soil since September 11th, 2001. Over the same period there were nineteen attacks by right-wing extremists, which have claimed 48 American lives. That figure does not take into consideration other public shootings perpetrated by lone, psychotic individuals like Robert Dear and Dylann Roof.

Despite President Obama’s recent public appeal, the sad fact is that such mass shootings have become the “new normal” in our country. And while the right-wing media and GOP politicians continue to pump U.S. full of fear over ISIS and the specter of jihadist attacks here in the U.S., our home-grown terrorists are dismissed as simply “insane.”

People like Robert Dear, Dylann Roof, Adam Lanza, Christopher Harper-Mercer, Seung Hui-Cho and those like them are most certainly mentally diseased. However, that’s not the point. The point is that weapons of warfare are far too accessible. They’re getting into the hands of people who have no reason to have them other than to commit mass murder. Meanwhile, gun manufacturers and dealers are laughing all the way to the bank. NRA lobbyists continue to pressure and bribe lawmakers to block any meaningful gun control legislation. FOX and other right-wingers continue to fan the flames of paranoia over jihadists and alleged threats from the Obama Administration over “Second Amendment Rights.”

President Obama said, “We can’t let it become normal. If we truly care about this…then we have to do something about the easy accessibility of weapons of war on our streets to people who have no business wielding them.” It’s just talk – the same talk that politicians on both sides of the aisle spout every time there’s a mass shooting. Meanwhile, business goes on as usual…until the next time…and the time after that…and ultimately, Americans become inured to it. As tragic as it seems, these mass shootings by largely white male Christian extremists born right here at home have become “normal.”

What does it require to wake people up? One commentator at Huffington Post called for a new meme. His posted comment: “As sure as ISIL in Paris, this is terrorism in the U.S. We have to start calling it what it is.”

That comment is absolutely spot-on. The gravest terrorist threat we face here in the U.S. is from those among us who are not part of an organization, but act individually, of their own volition. This fact was demonstrated yet again last Friday. Perhaps if we acknowledge these shootings as acts of terror and start labeling them as such, lawmakers will finally be forced to listen and take action.