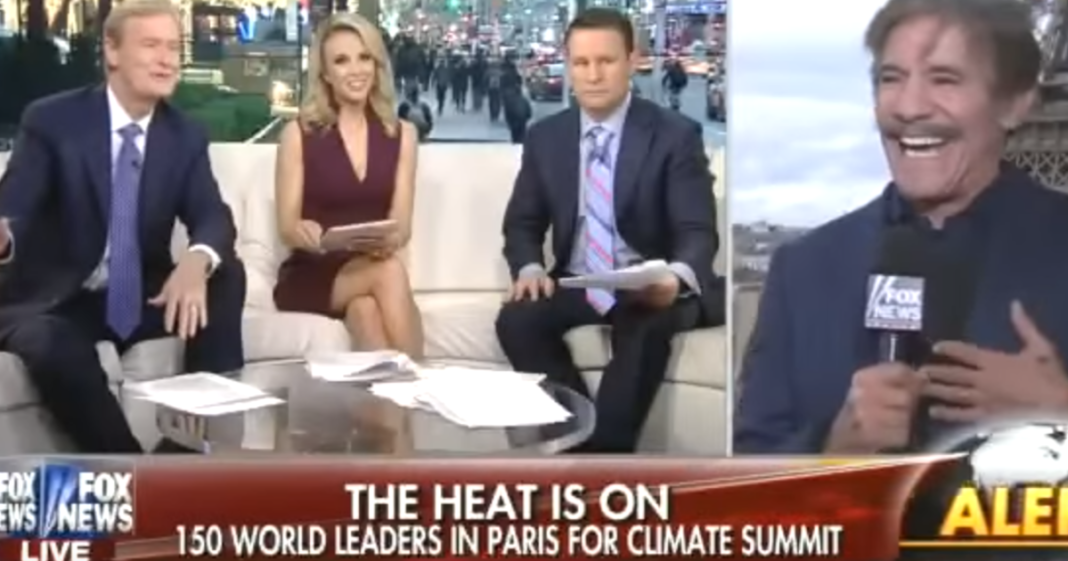 Fox News host Geraldo Rivera attempted to “disagree gently” with host Steve Doocy on Monday when Doocy made the outrageous claim that the global temperature had “stabilized or gone down a little bit.”

Rivera was so committed to not calling Doocy out on what is a common Republican opinion that he gingerly addressed the topic by saying,

“Let me just gently disagree — and you know I love you slightly. This will be — 2015 — the hottest year on record. We’ve had nine out of 10 hottest years since the year 2000 in this century. So, I think the planet is getting warmer. I think the question is what’s responsible.”

Doocy continued to disagree, but co-host Brian Kilmeade jumped in to distract the audience from the uncomfortable fact-checking that was surely a first for those who love Fox.