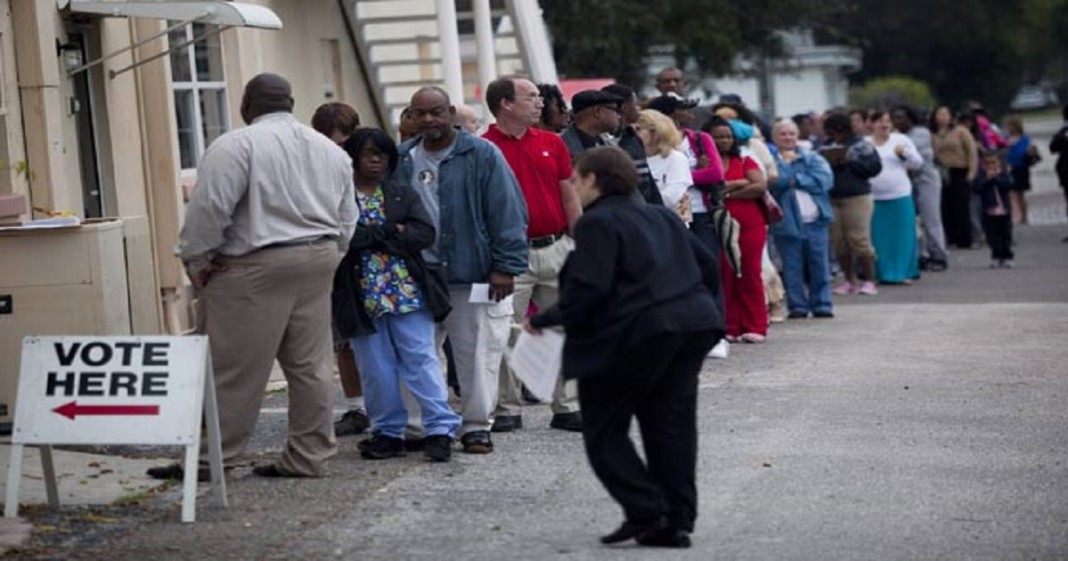 Our election system in America is failing the poor, the disadvantaged, and the overworked. President Obama has been petitioned to make election day a federal holiday in order to encourage overworked Americans to exercise their duty and take part in democracy, and yet he has not done so.

We know that enacting this law will only help the Democratic party as low voter turnout directly translates to wins for the GOP, and we cannot have a true representation in our government if more people do not participate.

“a Caltech/MIT survey on voting patterns discovered that three of the five most common reasons given by eligible adults who did not vote had an economic component to them: they were too busy, they struggled with transportation, or they faced registration problems. One telling statistic is that 40 percent of voters reported waiting in line to vote—with 17 percent being forced to wait for more than half an hour. That’s prohibitively expensive in a country where time is literally money.”

We are failing a large percentage of our country by continuing to make it inconvenient and time-wasting to vote. We have to reinvigorate our voting populace so that they feel their vote is vital and we have to make it reasonable for a mother of four who works two jobs to make it to the polls on election day.