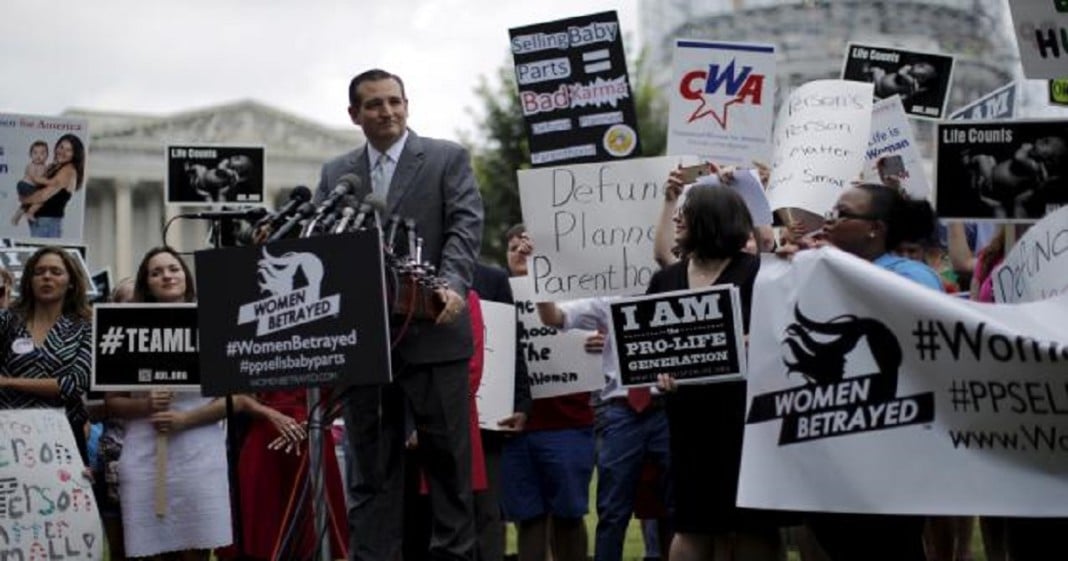 Friday’s attack on a Planned Parenthood facility is a sad reminder that political rhetoric and extremism can often have fatal consequences.

Presidential candidate Ted Cruz declared only last week that he was proud to have the support of the country’s most violent anti-choice organization, Operation Rescue, who has been closely associated with abortion clinic bombings.

Said Cruz, “We need leaders like Troy Newman in this country who will stand up for those who do not have a voice.”

After the Colorado Springs Planned Parenthood shooting, investigators have revealed that the deranged shooter Robert Lewis Dear spoke of “baby parts,” a pretty clear indication that his actions were motivated by the debunked anti-abortion video that made the rounds several weeks ago, aided by presidential candidate Carly Fiorina.

Dear ‘stood up’ for your cause and murdered three people, Mr. Cruz, do you support him too?