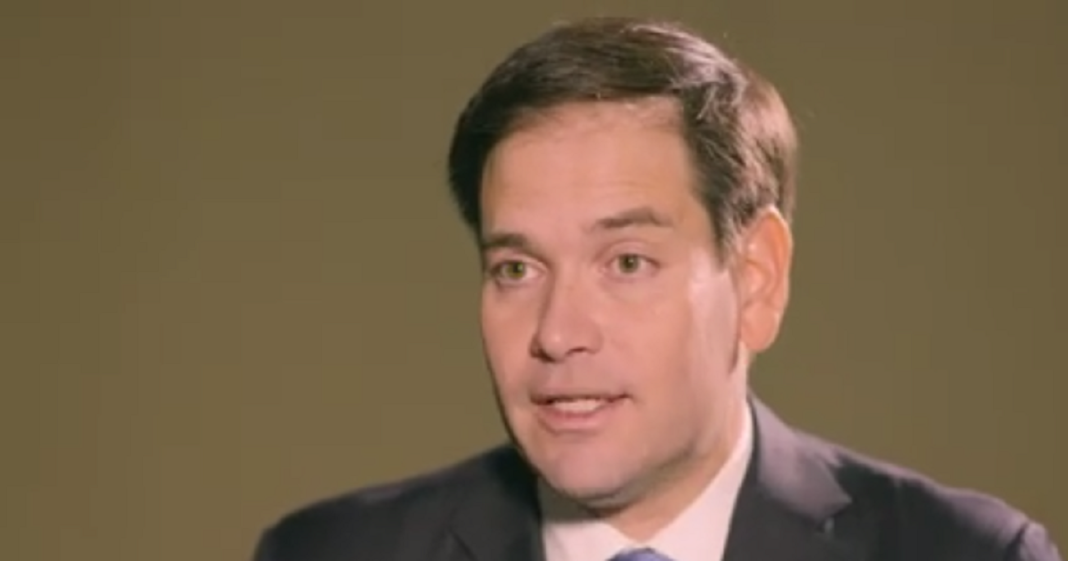 The Republican party has become one of complete extremes. Extreme racism, extreme homophobia, and extreme religious views; Presidential candidate Marco Rubio has been no exception.

Rubio made an appearance on The 700 Club with David Brody in order to discuss his religious faith and the impact it has on his political views- and how, ultimately, it would shape his presidency.

Rubio made it clear that his religious views and faith to God took precedence over any sort of worldly law or command, and that he believes if a law calls you to disobey your god, you do not have to follow that law.