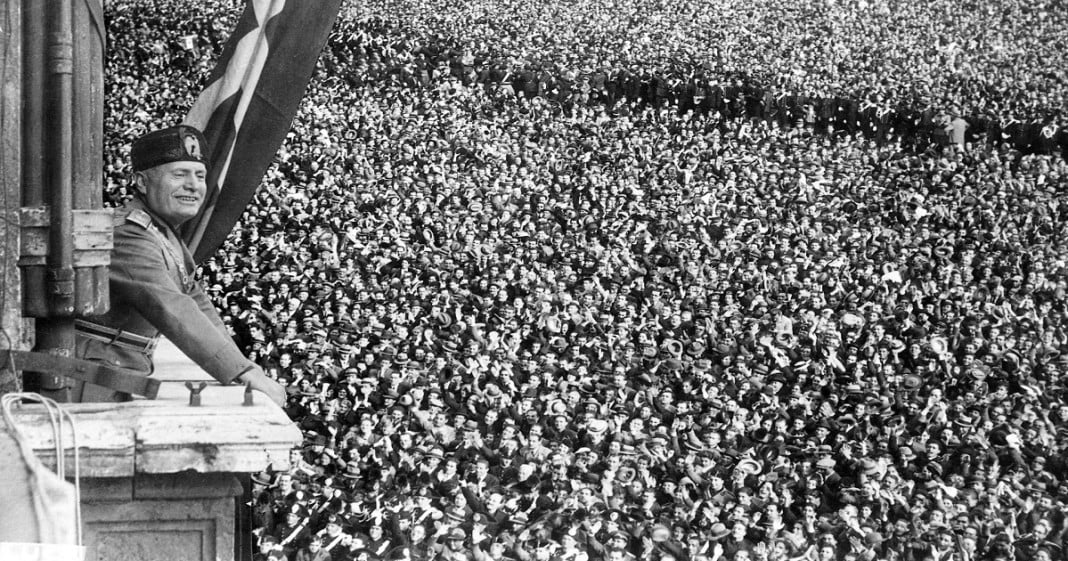 With the direction that Donald Trump’s campaign is headed, it is becoming more and more realistic to compare the real estate mogul’s brand of politics to a form of fascism, a much more nefarious political system than the republican-feared socialism.

Trump’s campaign is adhering to the principals of fascism so strictly, one might guess that he spent some time watching tutorials and how-to’s in order to be the best fascist he could be. For all the fear-mongering the right does against government overreach and control, they should do a better job keeping tabs on their front-runner’s dangerous politics.

In case you are unsure, watch some of Trump’s study material and learn the signs.