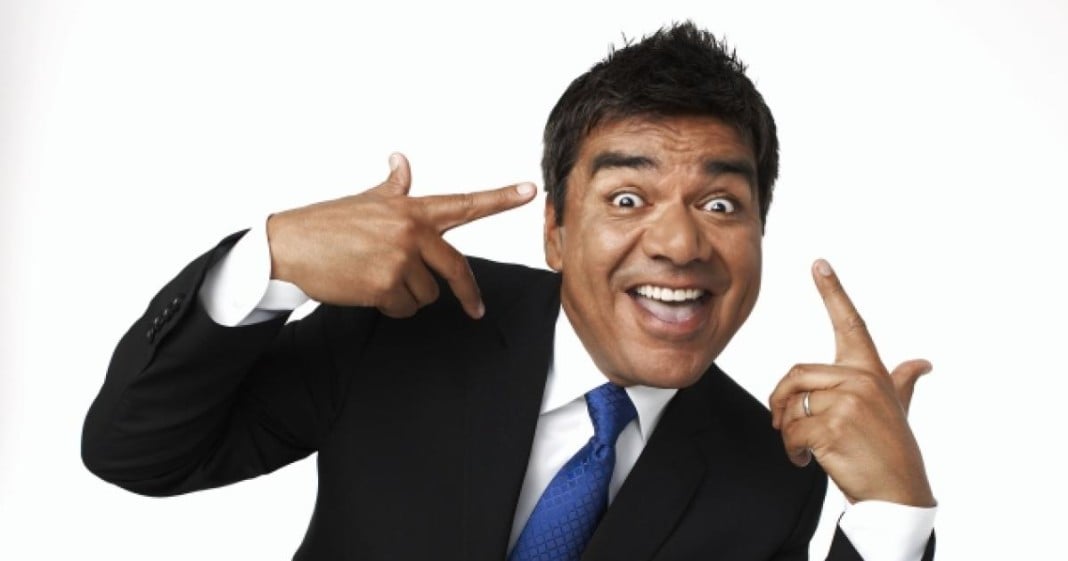 Comedian George Lopez took a moment on Wednesday to be thankful for free speech in America by criticizing racist Donald Trump for his merciless immigration remarks. Lopez, whose brand of comedy often revolves around his Mexican-American heritage, is understandably offended by Trump’s recent remarks.

We think Lopez’s image below posted on his facebook page was pretty spot on: 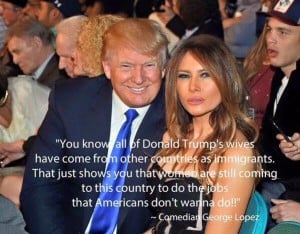 two of Trump’s three wives have been immigrants, though of course not from any of those pesky South American or Middle Eastern countries. Guess Trump isn’t opposed to all immigration after all.

We applaud Lopez for using his classic humor to call attention to Trump’s hypocrisy. After all, comedians just love a Trump-filled race.