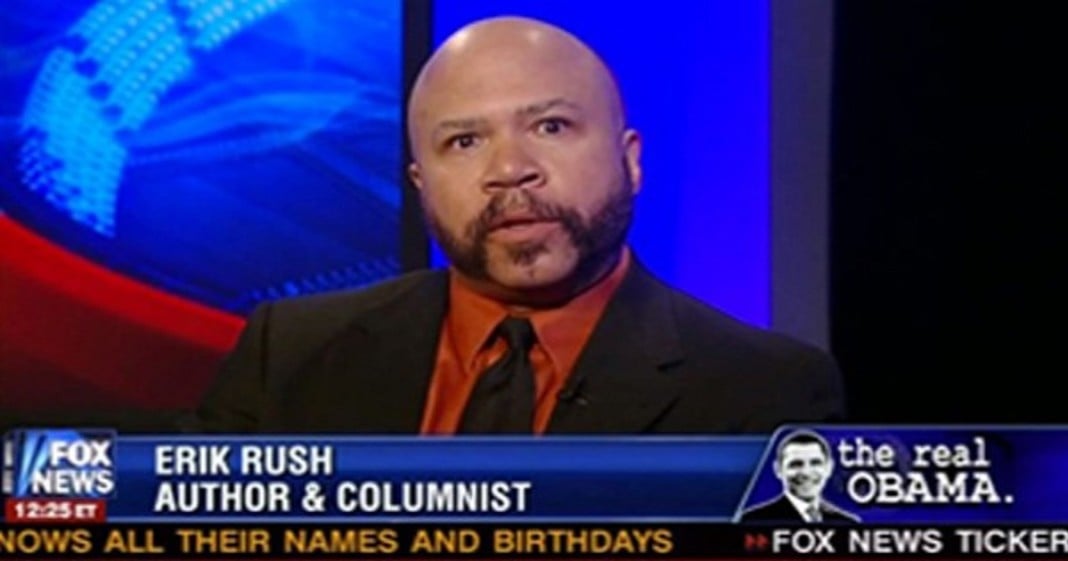 In the pursuit of their tagline as the supposed “Fair and Balanced” network, Fox News anchor Alan Colmes invited Erik Rush, a loony nobody from nowhere who was given his 15 seconds of fame on “Alan Colmes Vs.”

The man continually referred to President Obama by his full name (The crazies love to pretend that Hussein is a de facto terrorism label rather than a common name) and argued baselessly that Obama has willingly and knowingly imported ISIS fighters into the U.S. in order to create a Muslim “mercenary army.”

Even fox news doesn’t openly support this guy, yet they give him attention and air time to spread his nonsense. What’s that about?