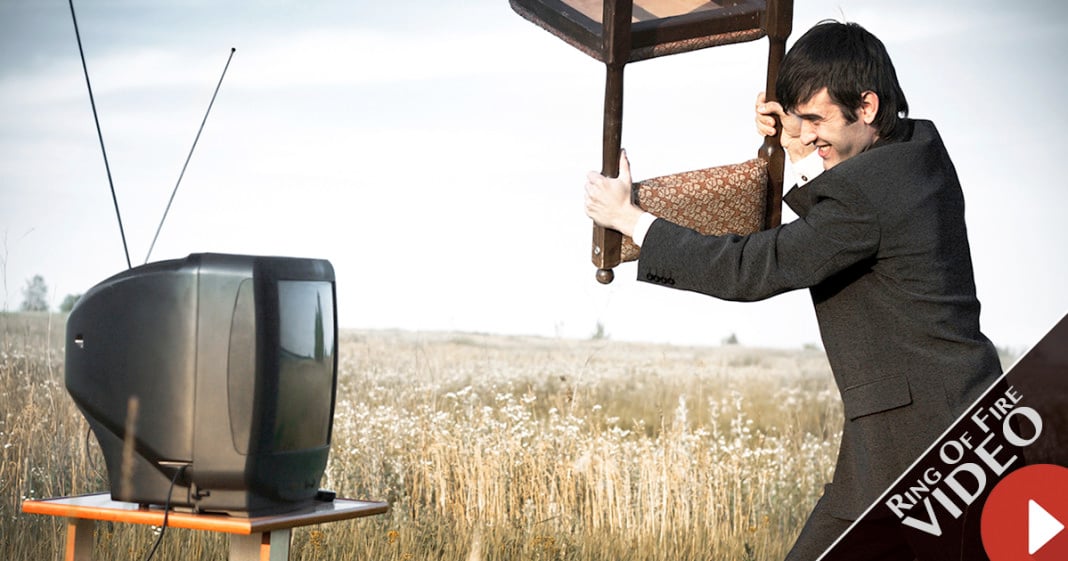 The corporate-controlled media is failing America.  And that’s not just my opinion – that’s the opinion of the American public.

According to the most recent polling data, 65 percent of the public says that the corporate-controlled media has a negative effect on America, and 60 percent say that they don’t trust the media.

And here’s why – Americans now understand that the media doesn’t have their best interests in mind.  They know that programming decisions are based on ad revenues, not about the news.  If a story can’t sell ad time – or if it shows an advertiser in a negative light – it will never make it onto the air.

So the media ignores stories about big drug companies covering up the dangers of their products that are killing Americans, because those drug companies spend millions of dollars buying ads.  The media won’t cover the profiteering of the defense industry because Boeing and Lockheed Martin pay their bills.

The Black Lives Matter protestor that got the hell beaten out of him at Donald Trump’s rally?  Corporate media can’t cover that story because Kim Kardashian just tweeted a picture of herself without makeup.  That’s what the news has become.

That’s part of the reason we’re seeing the corporate media today pushing for a new war in the Middle East.  We’re watching them do the same thing they did when they marched us into Iraq.  CNN is telling us that all Muslims are evil and that we need to bomb them into the stone age.  Fox News is telling us that we’re always on the brink of an attack on US soil, so you’d better keep your eyeballs glued to that TV screen so you know what’s going on in the world.

The media’s job today isn’t to keep people informed – it’s to keep Americans dumb so they don’t know that they’re being lied to.

The failures of the corporate media are what led to Donald Trump’s surge in the Republican Party.  Years of race-baiting by Fox and CNN have created a populace that believes that white people are on the verge of extinction, so we have to elect a guy like Donald Trump to preserve white heritage and keep those pesky minorities in their place.  Trump is a creation of the corporate media.

But there is good news.  The public is changing the channel.  Ratings for corporate cable news outlets are falling, while independent media outlets are soaring.  The American public is sick of being lied to and they’re sick of being fed stories about Honey Boo Boo, when they want to hear about climate change.

So do yourself a favor – the next time you’re tempted to turn on CNN, take a deep breath, remind yourself that the world is not going to end, and go read a book.