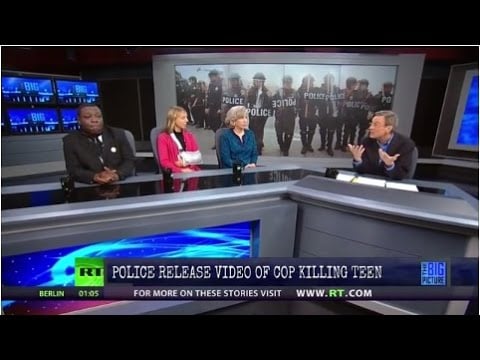 Medea Benjamin, Global Exchange/CODEPINK/Drone Warfare & Kris Ullman, Conservative Commentator & Activist & Kevin Martin, Project 21 join Thom. It’s been a day since the dashcam footage was released showing the execution-style shooting of 17-year-old Laquan McDonald in Chicago. But with more and more evidence that there was a concerted cover-up in the police department – why is Officer Van Dyke the only one facing charges. Aren’t all of the cops who helped in this cover-up really “bad cops”? And shouldn’t they all be held accountable for the conspiracy? Also – are we ready to admit that this problem is systemic and not just endemic to any one town or city?