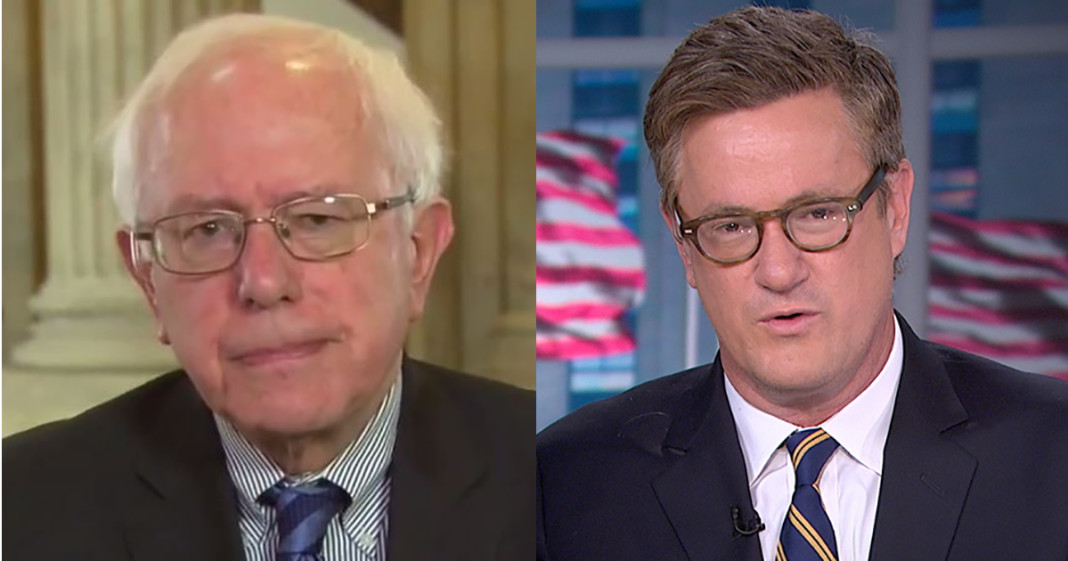 Several weeks ago, Bernie Sanders appeared on Morning Joe, a conservative talk show hosted by former GOP Congressman Joe Scarborough. During the interview, there was discussion about Republicans and other conservatives who are starting to listen to what Sanders has to say,  and even embracing his message. This hasn’t changed – in fact, the phenomenon is actually growing. Voters who have identified as staunch Republicans their entire lives find themselves getting behind the self-described democratic socialist Senator from Vermont.

This change of heart among a growing number of GOP voters has been driven in large part by the same issues that have propelled Sanders’ campaign since the beginning. There is anger and frustration over the status quo in Washington, a government that has become unresponsive and unaccountable to the electorate, as well as the gridlock that has defined President Obama’s tenure in the Oval Office. There are also grave concerns about the extreme right-wing platforms that today’s Republican candidates have taken. Increasingly, GOP voters are coming to the realization that they’ve gone way too far. One self-described lifelong conservative Republican voter from Oregon told The Atlantic, “The Republican party as a whole has gotten so far out of touch with the American people.” He switched his voter registration to Democratic so he can vote for Sanders in the Oregon Primary.

GOP voters are also disenchanted with their choice of candidates. Front-runner Trump is a racist buffoon, runner-up  Carson is a delusional psychotic, and third-place candidate Rubio has a checkered past when it comes to handling finances and is a demonstrated slacker when it comes to his job, having missed over a third of Senate votes this year. To many voters across the board, Hillary Clinton represents “business as usual” – and carries a great deal of baggage in any event.

That leaves Bernie Sanders as the one who is most likely to shake things up inside the Beltway.

One aspect of this phenomenon has to do with the fact that labels such as “conservative” and “liberal” are gradually becoming meaningless outside of Washington D.C. The differences between “right” and “left” are increasingly blurry, as individual voters can hold liberal views on some issues and conservative views on others. A common example would be a Republican who accepts same-sex marriage but favors more stringent controls on federal spending. Another might be the Democrat who supports universal single-payer health care but opposes marijuana legalization.

The bottom line, however, is that when it comes to the everyday issues that affect people’s pocketbooks,  their families, their health and well-being, and their futures, everyone has the same concerns. In his own discussions with conservatives, this author notes that both sides agree on the problems we’re all facing. Where we part ways is on the solutions. Once we all understand this, the way is cleared for civil debate and reasoned discussion.

Regardless of how we choose to fight, the fact is that we’re all fighting the same battle.

Arguments on both sides are valid. However, until Bernie Sanders brought the real issues to the forefront of this election cycle, few people could see the big picture. The fact is that corporations spend huge amounts of money in order to influence and buy elections. Because legislators are beholden to the corporations who finance their election, they allow their corporate donors to write legislation, which is pushed through the legislative process. These legislators also appoint judges in accordance with their corporate backers’ wishes.

The big picture here is that both corporations and government are responsible for the problems that we now face. That should get everyone outraged – and it is, as demonstrated by the fact that more conservatives and Republicans are “feeling the Bern.”

Watch The Ring of Fire’s commentary on Bernie Sanders’ 2016 surge: