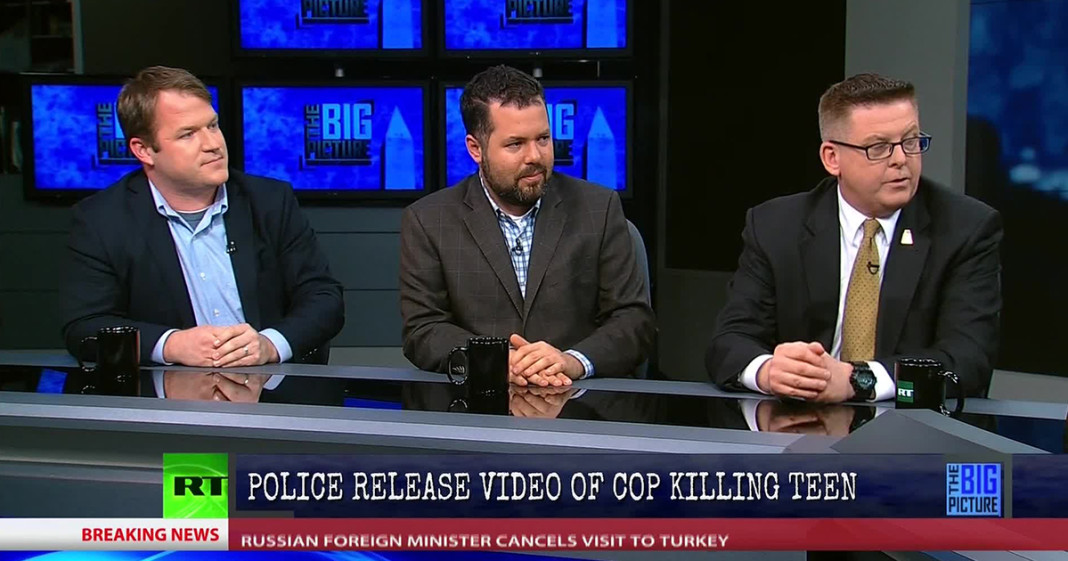 Neil McCabe, One America News Network & Ari Rabin-Havt, -The Agenda/SiriusXM Progress/The Benghazi Hoax & Charles Sauer, The Market Institute all join Thom. The Minneapolis Police Department has arrested 2 men – one white, the other Hispanic – in connection with the shooting of 5 Black Lives Matter protesters recently in Minneapolis. Another suspect is still at large – and while authorities are staying mum about a motive – eyewitnesses who were there. protesting the killing of Jamar Clark say the shooters were white supremacists. If these guys ran into that crowd screaming “Allahu Akbar,” this would be top news and Republicans would be freaking out, but that’s not happening. Why don”t the media or Republicans care about right-wing white supremacist terrorism? – The Big Picture