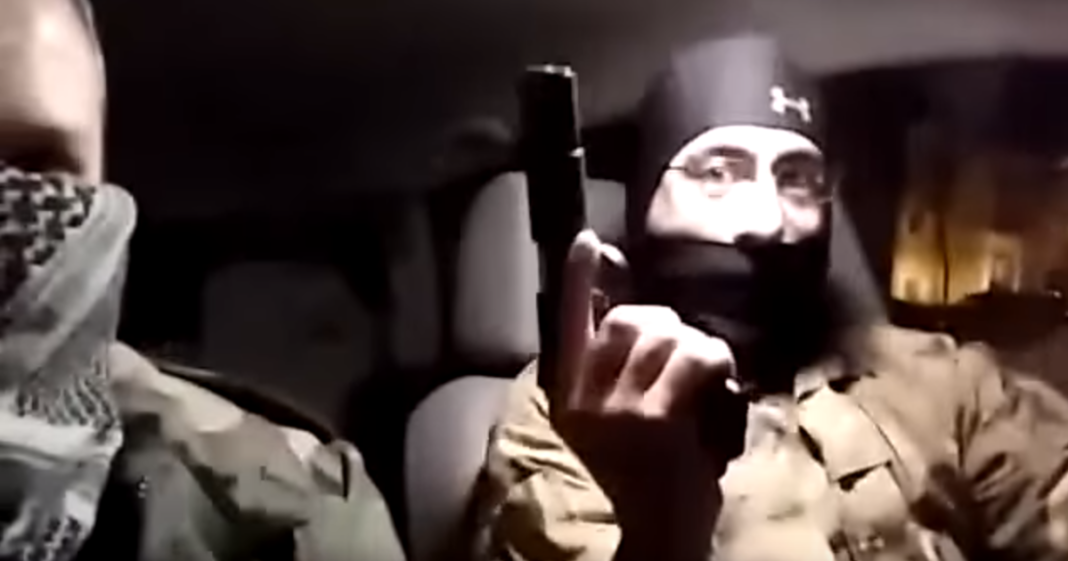 Late Monday night, a group of protesters with the Black Lives Matter movement were shot at by people who witnesses have referred to as “white supremacists.” Five protesters were injured by the gunfire and police are looking for three white male suspects.

Shortly after the attack, a video stream was found and uploaded onto the Minneapolis Black Lives Matter facebook page which feature two men driving in a car with their faces covered and packing a gun. The men made references to the protest and indicate that they are going to perform “a little reverse cultural enriching.” The main speaker ends the video with a call for his viewers to “stay white!”

Whether these men are the shooters or not, it is still a chilling video showing what sort of homegrown terrorists we have in our borders.