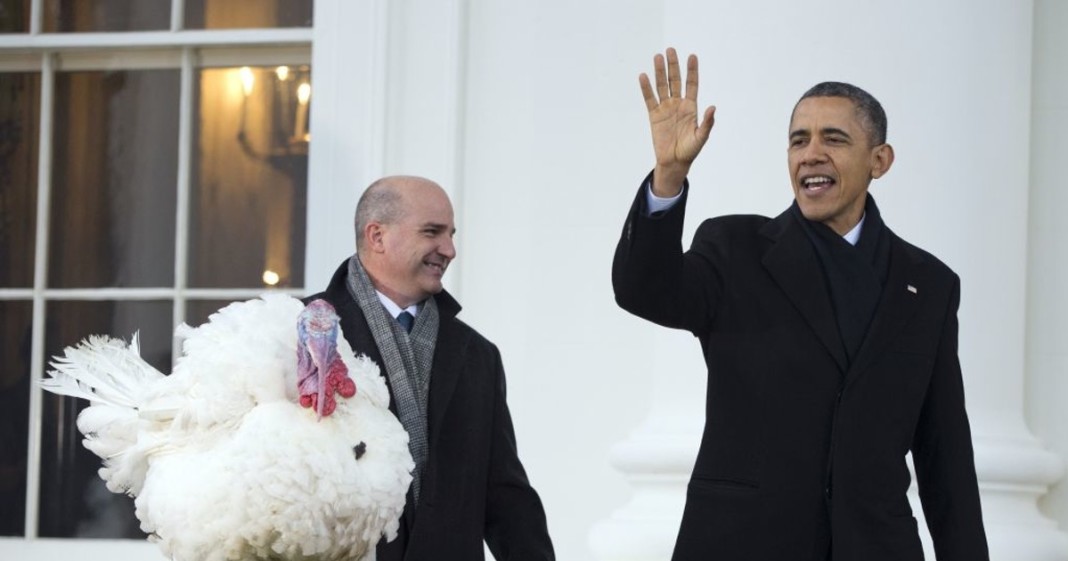 Just in time for the 2015 Thanksgiving turkey pardoning, a new survey shows that Republicans are not happy about Obama’s fowl record.

A new poll has been released which surveyed Americans’ political feelings when it comes to the gluttonous holiday of Thanksgiving. When asked to weigh in on their feelings about Obama’s 2014 pardon of two turkeys instead of the customary one, 38% of Republican participants shared that they disapproved of the action taken by the President. Only 11% of Republicans approved of the double turkey pardon of Mac and Cheese.

Republicans were also critical of the behavior of the president’s daughters as they were apparently too un-enthused about the day’s riveting activity.

This year, Obama will be pardoning two turkeys again, though whether it is in patriotism, support of animal rights, or blatant defiance to the Republican party, we cannot be sure.

But one thing we do know is that Obama will be just as unhappy about the event as the grumpy repugs.