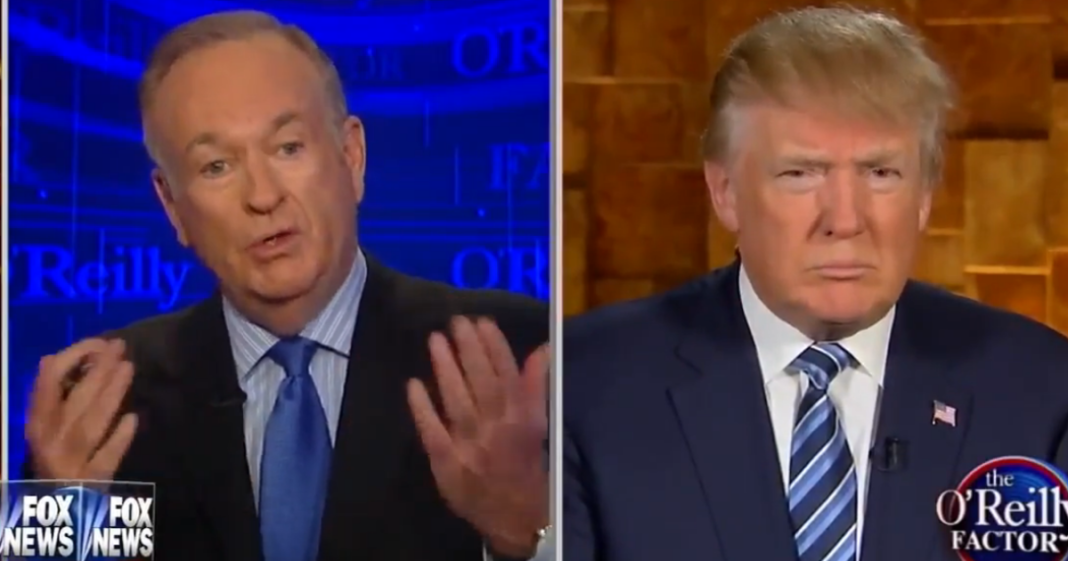 There was a bit of ruffled feathers between Bill O’Reilly and Donald Trump on Monday’s O’Reilly Factor as the host attempted to cajole Trump into redacting his racist infographic tweet which has received quite a bit of flack for being incorrect, racist, and associated with the white power movement.

O’Reilly, reluctant to criticize any die-hard Republican, tried to reassure Trump that he only has his best interest at heart as he assured the presidential candidate that he “never saw any racism from [Trump].” Yet, Trump turned increasingly prickly toward the well-meaning pundit as he refused to apologize for the false statistics.

When you begin to turn O’Reilly against you, you know that you’ve gone too far.