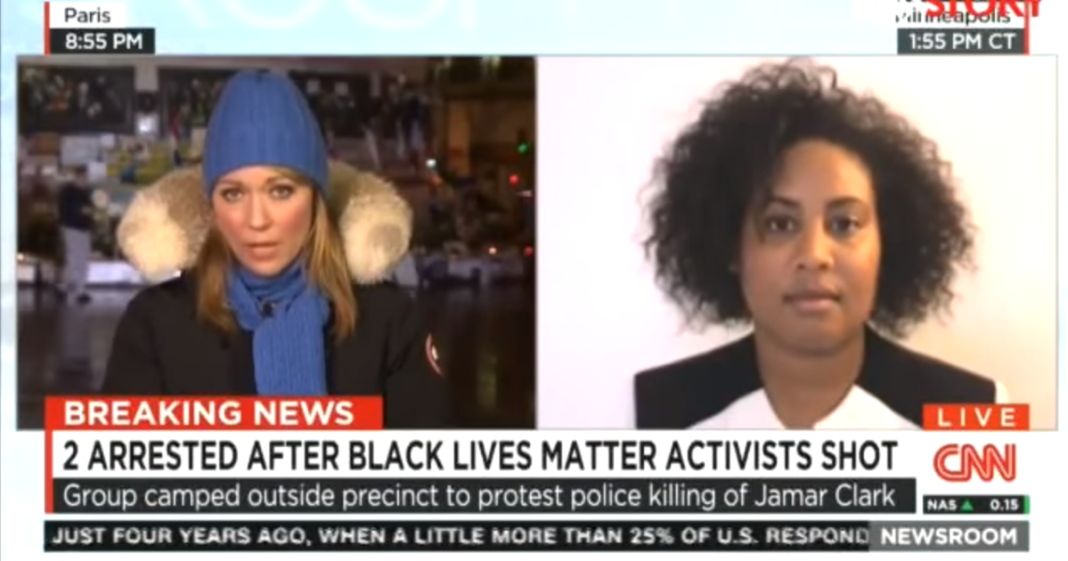 The communications chair of the Minneapolis branch of the NAACP Raeisha Williams appeared on CNN Tuesday night with very serious allegations that the NAACP believes police were directly involved in the shootings that occurred Monday night at a Black Lives Matter protest in Minneapolis.

When asked to clarify her claims, Williams said:

“We’re hearing two [arrests] at this time, but we don’t necessarily trust that. We know that the police department is behind this, this is our personal belief after receiving witness accounts.

If these allegations are true, there is very serious evidence that the police are aiding and abetting criminals in committing hate crimes. More investigation into these issues needs to be conducted.