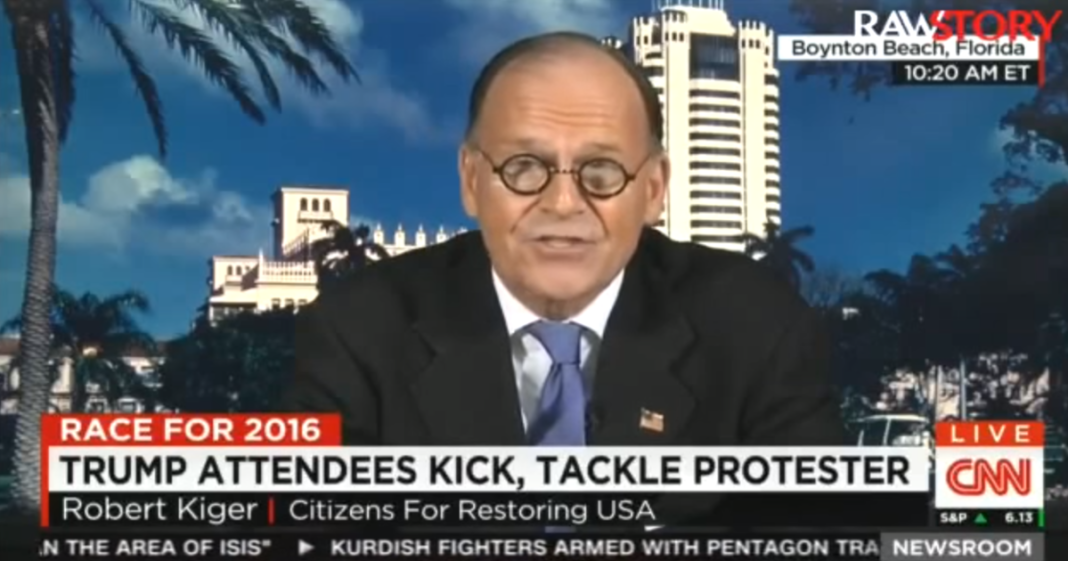 It’s hard to imagine a more despicable man than Donald Trump, but a recent interview with his number one fan and super PAC head Robert Kiger may have reinvigorated the imaginations of people everywhere as he appeared on CNN to defend Trump’s violent crowd and tell us what he thinks of the Black Lives Matter movement.

Kiger showed some quality racism by declaring that shouting “black lives matter” in a Trump rally is somehow equivalent to Kiger shouting “white lives matter” in a black church. Clearly, Kiger is saying that Trump Rallies are for white folk only, and those pesky black protesters should know what to expect if they dare bring their offensive opinions to a white rally. Silly protesters.