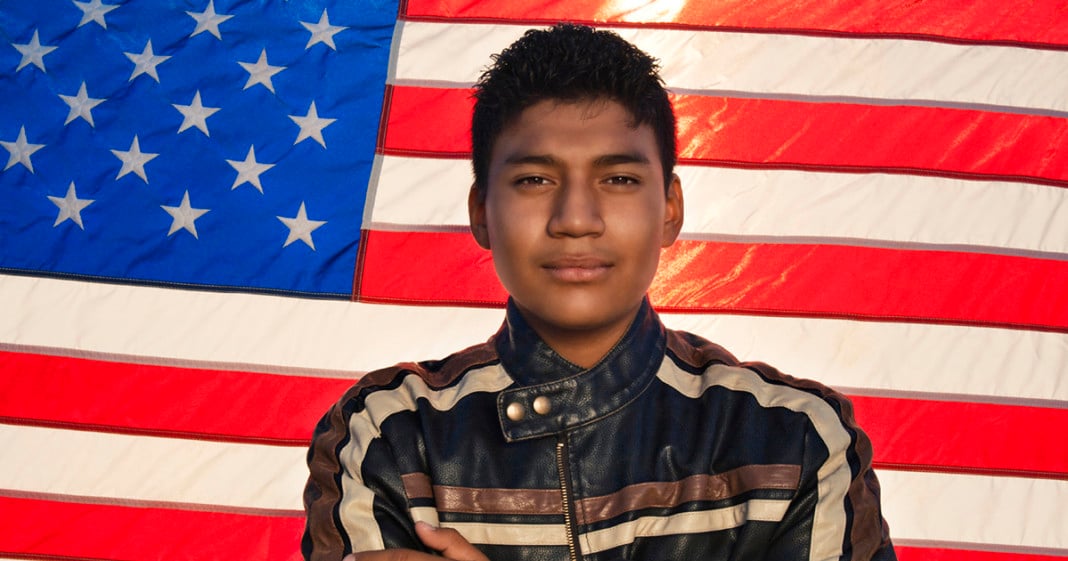 While “The Donald” continues to rant and rave about the threat from “brown people” crossing the southern border of the U.S., the Pew Research Center has presented some facts that will be taking the wind out of his sails in short order. According to a recent analysis of government data on both sides of the border, Mexican immigrants – along with their so-called “anchor babies” –  are leaving the U.S. for their homeland in droves. Over a five-year period between 2009 and 2014, approximately one million Mexicans left the United States to return to Mexico, taking their American-born children with them.

Immigration from Mexico hasn’t stopped; during that same period, approximately 870,000 Mexicans entered the U.S. However, that’s significantly fewer than the number who left the U.S. It works out to a net loss of 130,000. Much of this outward emigration occurred in Southwest and Pacific states, where there has always been a significant Mexican population.

A number of factors are driving the emigration from the U.S., not the least of which is family. According to surveys from the Mexican government, over 60% of those coming back to their country of origin cite family as their primary motivation for returning. At the same time, fewer Mexicans report having friends or family in the U.S. with whom they maintain contact. In 2007, that figure stood at 42% of the Mexican population. Today, it’s down to 35%. Most of those are Mexicans with higher incomes and levels of education.

Another reason is stepped-up border security. Interestingly, while a greater number of illegal immigrants have been deported over the past decade, that current number is less than it was forty-five years ago.  According to the Mexican government survey, only 14% of returnees say they were deported.

One factor driving emigration from the U.S. is noteworthy: economic conditions. Since the Great Wall Street Bailout of 2008, the economy has been improving for those at the top – but for most, recovery has been slow. Those with the fewest skills in low-wage service jobs and agriculture have been hit the hardest. While half of adults in Mexico still believe their compatriots in El Norte have better lives and opportunities in the U.S. than they would at home, a growing number are saying that it’s six of one, half a dozen of the others – while 14% say that life north of the border is more difficult than at home.

Nonetheless, prospect of life in the U.S. is still attractive to many Mexicans. Over a third (35%), primarily young men under the age of thirty, say they would move to the U.S. if there was an opportunity to do so – and nearly two-thirds of those said they would be willing to do it illegally. This number has remained steady, despite President Obama’s recent executive order allowing a higher number of illegal immigrants to remain and hold jobs in the U.S.

However this issue plays out, it appears to confirm what most of us with any intelligence at all have known all along: Donald Trump’s hysterical anti-immigrant rhetoric amounts to what William Shakespeare referred to as “…a tale told by an idiot…full of sound and fury, signifying nothing.”