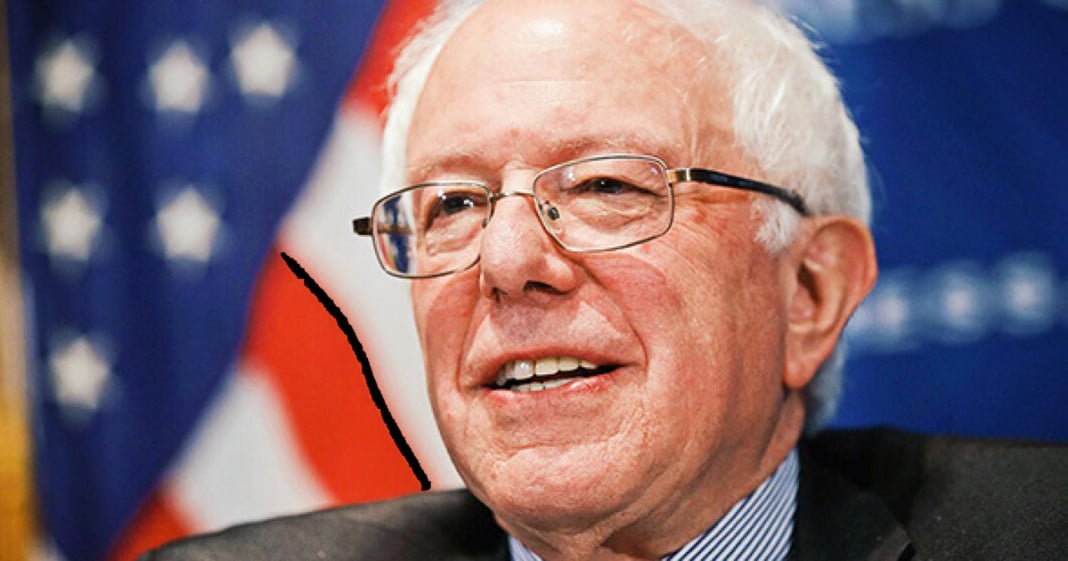 Democratic presidential candidate Bernie Sanders has been labeled by the media and his opponents as a “socialist,” a word that still strikes terror into the heart of many Americans (although voters under thirty are increasingly embracing the concept). But there are some saying that he’s not really a socialist at all.

It depends on how one defines “socialism.” There are many varieties of socialism, but the typical dictionary definition is that of an economic and political system in which the the means of production is owned collectively by society. On one end of the spectrum, socialism can be as simple as employee-owned co-operatives and institutions such as community gardens. On the other end, socialism can devolve into a totalitarian system in which the government controls every aspect of life, as was the case in the old Soviet Union (some scholars consider socialism to be a step between capitalism and communism).

But when Bernie Sanders is described as a “democratic socialist,” what exactly does that mean?

To many Americans – particularly those aged fifty and older, who remember the “Red Menace” and Senator Joseph McCarthy – socialism brings up images of Stalinism, economic and political repression and the abolition of private property. It’s also associated with inefficiency and chronic shortages and rationing, as was the case in Russia under the Soviet system.

In its most fundamental form, socialism is  simply collective ownership of factories, educational institutions, health care facilities, farms, housing, transportation infrastructure and such. In short, socialism says these things belong to all of us together and none of us alone. By that definition, the U.S. is already socialist in a number of ways. One of the best examples is our public roads and highways. Instead of having to pay a toll to a private company or individual who owns the road or bridge (which was often the case in the old days – and is still true in parts of the country), we pay taxes, which are then spent on road and bridge construction and maintenance.

Another example: public schools. Communities vote on how much to tax themselves in order to finance their children’s education (this is arguably an imperfect system which has led to great discrepancies between schools in wealthy neighborhoods and those in poor communities – but that’s another subject). Of course, need we mention social security and health care systems such as Medicare and the Veterans Administration?

There is an ugly side to American socialism as well: subsidies for the fossil fuel industry and bail-outs for Wall Street – all done on the taxpayer’s dime. In fact, it has often been said that the U.S. provides socialism for the rich, while subjecting everyone else to the vagaries of capitalism – of which there are many.

Although these are all examples of socialist institutions and practices, socialism in its basic form means that the public (i.e., the government) takes control of the means of production away from the capitalists. This is not what Bernie Sanders is calling for. What he is calling for is a new model of distribution for certain things such as income, education and health care. These are part of what talk show host and author Thom Hartmann describes as “the Commons” – those institutions that we all depend upon for our lives and well-being. Those like Sanders and Hartmann understand that there are things in life that should never be subject to the whims of the “free market.”

And they are absolutely correct. For the past generation and more, there has been the idea that the “unseen hand of the marketplace” and private, profit-driven industry will do everything far more efficiently. This is a half-truth at best. On one hand, the free market has brought us cheaper, smaller and more powerful computers, global positioning systems, and safer, more reliable vehicles. On the other hand, the profit motive has created the most expensive, wasteful and least efficient health care system in the developed world. Instead of searching for cures, the U.S. health care system focuses on the development of expensive (and often dangerous) treatments that can be sold over and over again in order to maximize revenues. After all, if diseases are cured and no more treatments are necessary, where’s the profit?

Another example of how the free market has failed miserably: housing. Today, there are over 3.5 million Americans who have no roof over their heads – and many of them are employed full-time. Meanwhile, there are approximately 18.6 million homes across the U.S. that are standing vacant. It’s difficult to see how this in any way represents “market efficiency.”  It’s not only bad for people, it’s bad for the financial institutions that hold those properties, since every empty home represents a liability. And while costs for basic needs such as housing, food, fuel and medical care continues on its upward trajectory, market forces, driven largely by greed masquerading as “market efficiency,” exert a merciless downward pressure on wages.

Social democracies such as those of Western Europe provide a number of social safety nets so that people who find themselves unemployed are not left destitute. Not the least of these is guaranteed health care and medical services. There are wage supports so that even the lowest-paid workers can afford a minimal standard of living. Some governments, such as Germany, even guarantee a paid vacation every year. While such programs are funded by taxes that many Americans might consider “excessive,” these social democracies have discovered that allowing people to live in grinding poverty without secure access to food, housing and medical care is far more costly to society than the alternative.

This is not socialism. It is social democracy. It is a system that allows, supports and encourages free enterprise, entrepreneurial activity and innovation. At the same time, social democracy understands that not everything should be subject to market forces and the profit motive. Such a system acknowledges that “necessitous persons” are not free. On the other hand, removing need from the equation solves a great many other problems and can free those people to focus on other pursuits, such as starting a business.

This is what social democrat Bernie Sanders stands for. We as a society would not want to drive automobiles or wear clothing or use appliances built in government factories. The Soviet Union demonstrated the shortcomings of such a system. On the other hand, when health care is driven by the profit motive and human lives are subject to a “bottom line” mentality, when education is only available to the wealthy, when housing becomes nothing more than a commodity, it poses a grave threat to us all – in more ways than one.

It’s time for the United States of America to join the rest of the world’s social democracies and acknowledge a new Bill of Rights for its people. That is Bernie Sanders’ message.