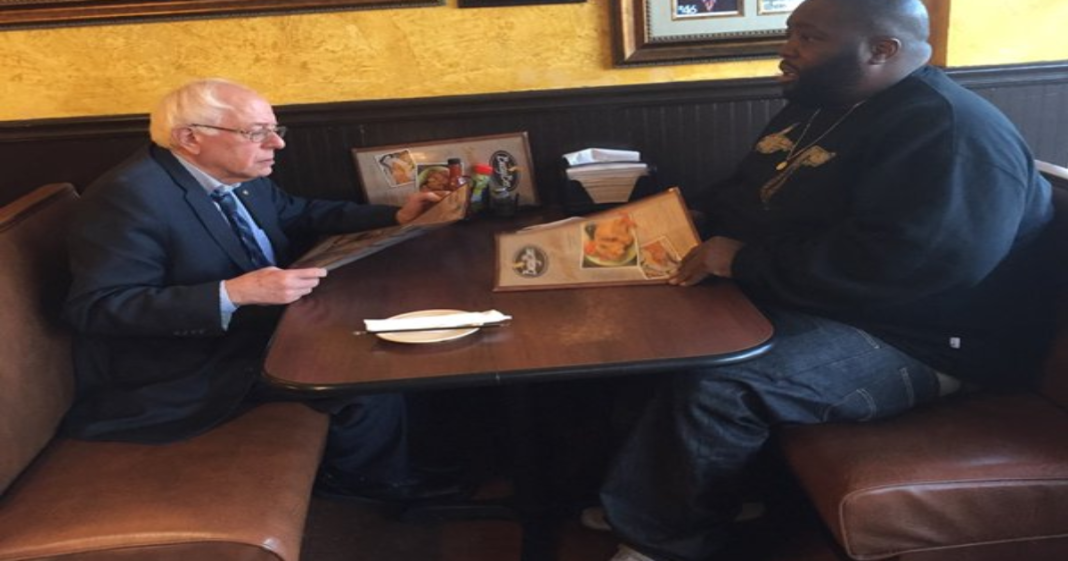 Michael Render, a rap artist and political activist who goes by his stage name Killer Mike, met with Senator Bernie Sanders in a cafe in Atlanta, Georgia on Sunday shortly before Sanders’ rally at Fox Theatre.

What they discussed at the Busy Bee, a popular Atlanta soul food restaurant, gave rise to an impassioned speech opener from Killer Mike which attempted to dispel the mystical nature of idealized ideas and instead placed itself firmly in the reality of the revolution Sanders has been asking for all along.

If Killer Mike hasn’t been instantly contracted to speak before all of Sanders’ speeches from here on out, Bernie’s campaign is really making a big mistake.

Go ahead and get your American flag out and get ready to stand and cheer as you watch Killer Mike introduce Bernie Sanders.