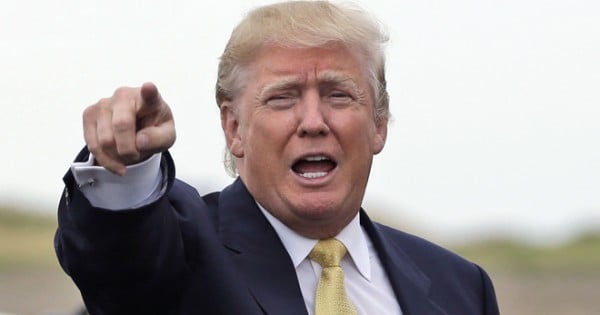 At a Trump rally Saturday, protester Mercutio Southall Jr. was beaten by Trump fans after he shouted “Black Lives Matter” while Trump was speaking. Trump-favoring thugs surrounded the activist after Trump shouted “Get him the hell out of here.”

Get him the hell out they did as they repeatedly kicked and punched the man. More disturbing than the actions of the mob, though, is the response from Trump who claims he didn’t see the assault but is fully in support of what his violent mob did.

“I don’t know, rough up, he should have been – maybe he should have been roughed up because it was absolutely disgusting what he was doing. This was not handled the way Bernie Sanders handled his problem, I will tell you, but I have a lot of fans and they were not happy about it. And this was a very obnoxious guy, who was a troublemaker, was looking to make trouble, but I didn’t get to see the event.”

This bears repeating: On top of everything Trump has said in the past few weeks, he has now openly condoned violence against those who oppose him. He believes that those who exercise their free speech should not only be silenced, but should be silenced in an incredibly violent way.

Some readers may be getting a little tired of hearing about the ways that Trump is a danger to America, but until this sad, orange, excuse for a man drops out of the race he should have never joined, we will continue to report and bring awareness to the violent things he says.