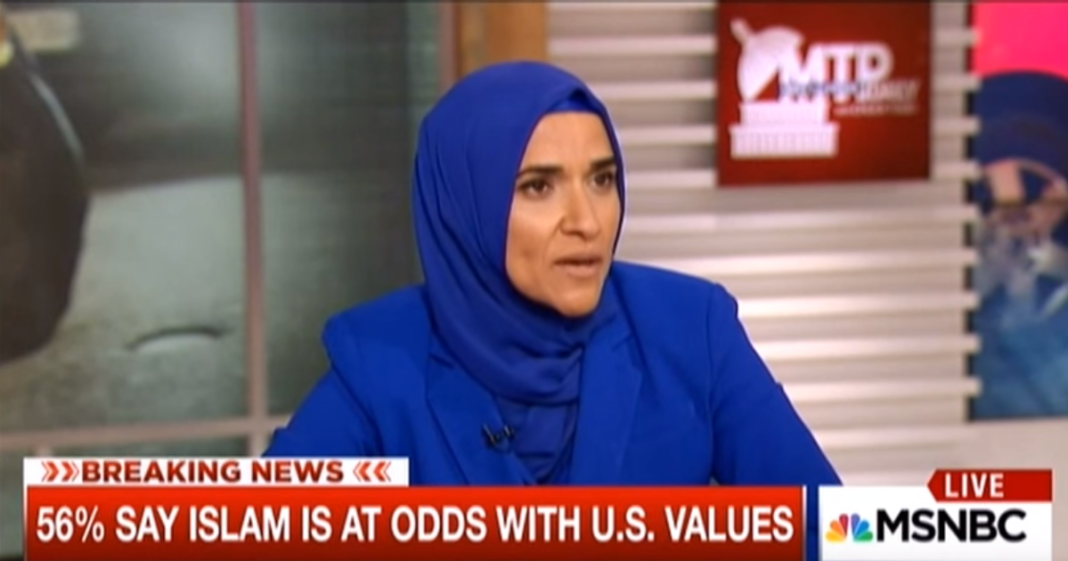 On MSNBC’s Meet The Press Chuck Todd hosted Dalia Mogahed, a Muslim advocate and scholar who gave a rare Muslim perspective on a mainstream media show. Mogahed talked about Islamophobia and the threat it represents to American freedom and democracy. She talked about how anti-Islam sentiment does not organically spring from terrorist events but rather is manufactured in order to benefit GOP candidates who operate on fear.

“Anti-Muslim sentiment is a manufactured phenomenon. It is a domestic issue around elections and around the drum-up to bad decisions like the Iraq war.”

Mogahed also tried desperately to make Americans view the threat that Muslim Americans are under as a threat to what our entire nation stands for.

“The rhetoric we’re hearing today should alarm everyone. It’s about every American who cares about freedom and democracy.”

And finally, Mogahed argued that demanding Muslim individuals to somehow condemn or apologize for the actions of Islamic terrorism is insulting and assumes guilt.