Congressman Louie Gohmert has given us a succinct preview of what to expect from the GOP in the coming weeks as he laid out talking point after talking point criticizing Obama’s ability to vet refugees and offered patriotic justification for open discrimination.

Gohmert deflected claims that denying refugees asylum is bigoted and un-American by saying:

“Well, there is nothing un-American about self defense. It goes back to the very nature of this country. We provide freedom, but when you are a threat to our freedom, we will defend ourselves, and this President saying that these refugees are not a threat is either very ignorant, or he’s lying.”

Gohmert concluded his comments by touting the apparent love and concern that Conservatives have for American people by spewing hate-filled rhetoric. Targeting fear and racism is what’s on the menu for Republican rhetoric, and the GOP audience is eating it up. 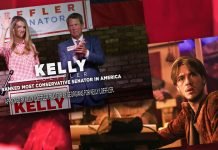