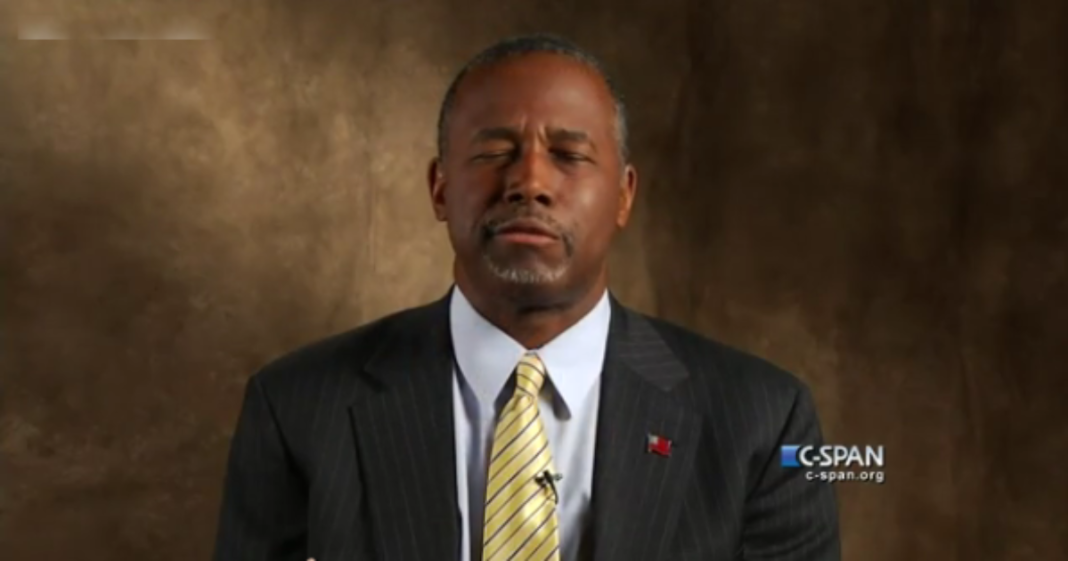 By now, everyone should be well aware that presidential candidate Dr. Ben Carson doesn’t know much outside his field of neurosurgery. Repeatedly, Carson has blundered through interviews where he is asked about America’s Foreign policy, Egyptian history, the Big Bang theory, how the debt ceiling works, how homosexuality works, and the list goes on.

Now we can add a lack of knowledge about American History to his list of blunders after an interview with Dr. Carson on Sunday’s C-Span where he praises Thomas Jefferson for his instrumental role in the U.S. Constitution.

For those unaware, Jefferson was not involved with drafting the Constitution. In fact, he wasn’t even in the country as he was busy serving in Paris as Minister to France.

Can anyone say why this guy is running for President again?