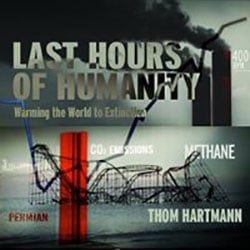 It has become so commonplace now that one would almost forget that once upon a time, Republicans were semi-rational beings who were not openly racist and hateful to anyone who didn’t shout “Amen” at least once a day.

A Rolling Stone article from late August by Matt Taibbi argues that Trump’s presidential race “stopped being funny,” when racists began citing Trump as justification for their violence towards immigrants. What at first seemed like a mediocre SNL joke has now morphed into something that is gaining support with a sizable and angry sector of the American public.

It’s been nearly two months now and undoubtedly, Mr. Taibbi had hoped that by now, America would have come to its collective senses and ousted Trump for the reality-star charlatan that he truly is. Instead, the American public seems to have doubled down on the Trumpism, only pausing occasionally to revel in the sleepy-eyed mumblings of the Good Doctor.

Trump in many ways has been a one-of-a-kind candidate, embracing his past mistakes and missteps with an unapologetic attitude that has given anti-politically-correct people everywhere a false justification for their own mindless ranting and bigotry.

People who are tired of a perceived over-indulgence in political correctness are instead going to the other extreme by becoming increasingly bold in their people-hating, more vocal in their Facebook rants, and more exclusionary in their acceptable range of humanity. What it all comes down to is an environment where shouting louder than your neighbor is prized more than the substance of your speech, while America reaches a boiling point of hatred and vitriol.

This is Trump’s America. We’re not sure how we got here, but we are dangerously close to being stuck in it. For the sake of intelligent conversation and rational thinking, we cannot allow our country to remain One Nation Under Trump.

Read about more ways the country is entrenched in Trump-speak at The Rolling Stone “Donald Trump Just Stopped Being Funny.”