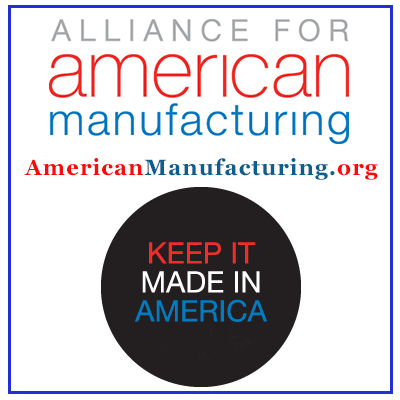 The National Collegiate Athletic Association (NCAA), the organization that regulates athletes and athletic programs at over 1200 colleges and universities nationwide, has exercised tremendous power over college sports and its players for over a century. Now, an announcement by the University of Missouri Tigers made last weekend and its impact on events has the NCAA greatly concerned.

The story begins when University of Missouri system president Tim Wolfe made a calloused statement in regards to a recent racial incident at the Kansas City campus. When African-American students were verbally harassed and threatened by a drunken white male, Wolfe – whose background is in business, not education – responded: “Systematic oppression is because you don’t believe that you have the equal opportunity for success.” That typical “blame-the-victim” statement sparked a series of protests that culminated in an announcement from the football team last week: they would refuse to play until Wolfe agreed to resign.

Considering how much revenue college sports teams produce for their institutions and how much money was at stake, it is not all that surprising that Wolfe was forced to step down. It certainly didn’t help Wolfe’s cause when the team’s $4-million-dollar-a-year head coach, Gary Pinkel, came out in support of his players’ actions. It was a clear demonstration of the political and social power wielded by Mizzou’s football players (nearly 70% of whom are African-American at a school in which 93% of the students are white). However, the threatened strike and its results have implications that go far beyond the University of Missouri.

The NCAA – possibly the most unpopular organization in the country after Comcast – has been involved in its fair share of controversy over the years. Criticism of the governing body has been growing in recent years. Last summer, ESPN college sports analyst and attorney Jay Bilas – who played basketball at Duke University in the 1980s – called out the organization on “the hypocrisy of myriad NCAA regulations” and its dismissal of member concerns that didn’t fit in with its agenda. Prior to that, comedian and political commentator John Oliver attacked the NCAA over the fact that college athletes have no stake in the billions of dollars generated by sports as well as unfair penalties over minor infractions, and what happens when a college athlete suffers an injury that ends his career and is left “drowning in medical bills.”

In short, the NCAA has a dismal record when it comes to treatment of college athletes – and the organization has been lording it over those players for a very long time.

What is likely to be of most concern to the NCAA is how the actions of the University of Missouri players, along with their coach’s support, now threatens their grip on power. Elias Esquith, writing in Salon, speculates that there will be “a discussion about making things like this [political activism]…some sort of a broad-based rule with immediate suspension, or the [rescinding] of your scholarship.” However, he also suggests that instituting such a rule would exacerbate increasing public resentment. Esquith believes that, in light of Pinkel’s support of his team’s actions, the NCAA will be putting pressure on athletic coaches to keep their players in line and “exercise this power to keep their indentured servants in lock.”

Good luck on that. Granted, Pinkel is a “different kind of coach,” and other athletic directors would be more inclined to protect their own interests, i.e., their multi-million dollar salaries. But let’s examine this issue within the broader picture. Elite organizations, as well as individuals throughout the world have been abusing their authority for far too long – and all the while, people have either been numb to it, have simply accepted it, or have been completely unaware.  As a result, we have a government dominated by corporatists and theocrats. We have corporations attempting to dominate every aspect of our lives as they treat us like commodities and steal our collective wealth and resources. We have self-serving billionaires like Charles and David Koch and Sheldon Adelson, who buy and sell lawmakers, judges and legislation. We also have institutions like the NCAA that, despite their “non-profit” status, manage to reap huge financial rewards on the backs of others who are paid virtually nothing for their labors and are unceremoniously discarded like so much trash when they are no longer able to produce.

Now, people are waking up to the power they wield themselves – and the oligarchy is very, very nervous. The University of Missouri’s football team represents only a handful of individuals, fighting one battle in a widespread, growing war of ideas, which includes the Occupy Movement, the Arab Spring, Black Lives Matter and the growing support for Progressive leaders like Jeremy Corbin in the U.K. and Bernie Sanders in the U.S. The people’s message to the power elite: We are sick and tired of your control and mismanagement of the world we share – and we outnumber you.