Last week, the U.S. House of Representatives passed a $325 billion transportation bill that now goes to the Senate for reconciliation. Given the GOP’s control of Congress, it should come as no surprise that  that the bill contains “numerous safety rollbacks and loopholes,” in the words of Democratic Senator Richard Blumenthal of Connecticut. One provision of the bill that has safety advocates up in arms lowers the minimum age for interstate truckers from 21 to 18. Senator Blumenthal says, “The fact that 18-year-olds can drive these massive trucks, the increased size of the trucks, the rest time provisions. They’re a series of safety steps backward that are greatly concerning.” If the bill passes both Houses of Congress and is signed by President Obama, it would  be only the latest in a series of compromises putting public safety at risk – all for the benefit of the trucking industry.

This latest attack on public truck safety comes in the wake of proposed rules that would allow trucking companies to force fatigued drivers to work longer hours and increase the size and length of tractor-trailer combinations. One of the bill’s key supporters, Republican Senator Debbie Fischer of Nebraska, makes the tired old argument that the new legislation reigns in federal regulatory “overreach,” ending what she considers to be “arbitrary rules” that don’t actually make the nation’s highways any safer. The House version of the bill would allow the Department of Transportation to establish a “pilot program” for very young drivers, but does not require that it do so. The proposed pilot program would allow bordering states to enter into agreements allowing 18-year-old drivers to operate on their highways. Initially, Senator Fischer wanted to make such a program mandatory, but the wording was changed as part of a compromise with Senate Democrats.  At the same time, the senator takes issue with the House version. That version of the bill would set the minimum age for long-haul truckers driving across state lines at 19½ and require an experienced driver to be in the cab while the vehicle was in operation.

While that might make a bad piece of legislation perhaps less bad, Senator Fischer’s primary concern is not public safety – but rather, commerce. She says that having two drivers in the cab at the same time “wouldn’t make much business sense.” At the same time, lobbyists for the trucking industry are pushing for the lower age requirement because of a shortage of qualified drivers (apparently, it hasn’t occurred to the industry that the shortage might have something to do with low pay and long working hours under poor conditions). Industry lobbyists have pointed out that 18-year-old drivers are already allowed to drive anywhere within state lines. So legally, an 18-year-old driver who is licensed in Washington can drive from Seattle to Clarkston – but not to Lewiston, Idaho, just across the Snake River.

Meanwhile, safety advocates are appalled at the proposed legislation, and with good reason. Every insurance company actuary will readily point out that 18-year-olds are far more likely to be involved in traffic accidents. Allowing a teenager to drive a vehicle weighing forty tons, measuring as much as 80 feet in length and traveling at 70 miles per hour is a recipe for disaster.

At the same time, the new transportation bill will eliminate limits on the time drivers are allowed to be on the road, reducing mandatory rest requirements, and opening the way for larger, heavier tractor-trailer combinations. In a letter addressed to GOP Representative Mark Meadows of North Carolina, state officials wrote:

We share the view that allowing these 91-foot long double tractor-trailers – each the equivalent of an eight-story building on wheels — on all U.S. highways would significantly compromise the safety of North Carolina’s motorists. It would also ignore recent findings of the U.S. government’s safety experts at the U.S. Department of Transportation (DOT), who concluded that there should be ‘no changes’ in the laws and regulations governing truck size because of a shortage of data.

Of course, that “lack of data” is of little concern to Republican lawmakers. Their sole concern is profitability for the industries they represent. Furthermore, while they appear to have little or no concern for public safety, these legislators who continually rile at rising tax burdens (for business, at least) and out-of-control government spending completely fail to take into consideration the billions of dollars that will be required for highway and bridge repairs. These expenses will surely result from the increased use of the nation’s highways by longer, heavier trucks.  Considering the current condition of transportation infrastructure in the U.S., the country can look forward to even more fatal accidents and more property loss – costs for which the public will have to pay, while the trucking industry continues to internalize the profits. 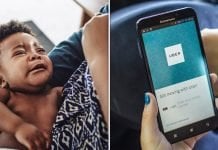 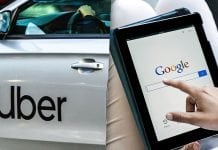 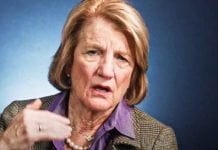 Republicans Again Prove That They Suck At Their Jobs