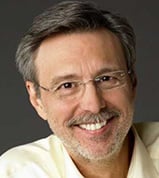 During a protest outside of the U.S. Capitol Tuesday, Senator and presidential hopeful Bernie Sanders spoke to a large group moving to increase the minimum wage for government contract workers.

Bernie Sanders, the only presidential candidate who has a proven record of concern for the working man and poor and middle class Americans, spoke to the organization Fight for 15 who were asking for a minimum wage of $15 and a union.

“You are serving them, they have got to start serving you”

“What you are doing and workers all over the United States are doing, you are having a profound impact,” Sanders said.“People are raising the minimum wage to 15 bucks an hour. And you know who started it? You did. You started the movement.”

“Now we’ve got to finish the job,” Said Sanders. “Fifteen bucks and a union.”

Senator Sanders walk matches his talk in a way no other candidate does, and it is time that America fully embraced him.