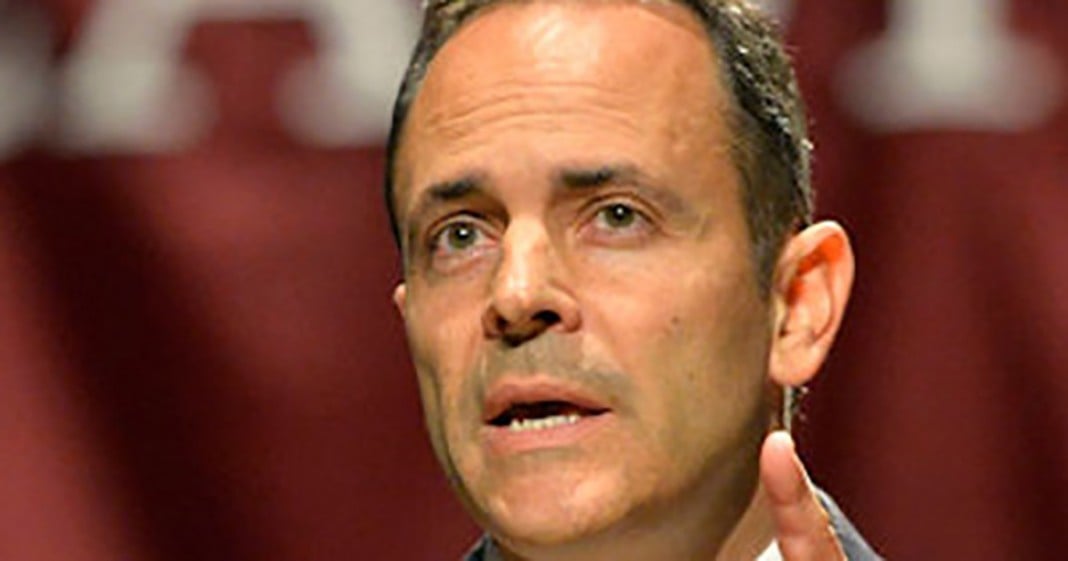 In Kentucky, Tea Party Republican Matt Bevin has been elected to the governorship as part of a series of wins for Republicans in state-level elections.

This is a big change for Kentucky, as Bevin is only the second Republican elected to Kentucky’s governorship in the past four decades, as the Huffington Post reports:

Bevin, only the second Republican elected to Kentucky’s highest office in 40 years, is best known for his tea party-backed challenge to Senate Majority Leader Mitch McConnell (R-Ky.) in the 2014 GOP primary for Kentucky’s Senate race. He announced his run for governor in January, going on to defeat other Republican gubernatorial hopefuls, including former state Supreme Court Justice Will Scott and State Agriculture Commissioner James Comer.

The Young Turks discuss Bevin’s politics and deceit in this segment. Watch.