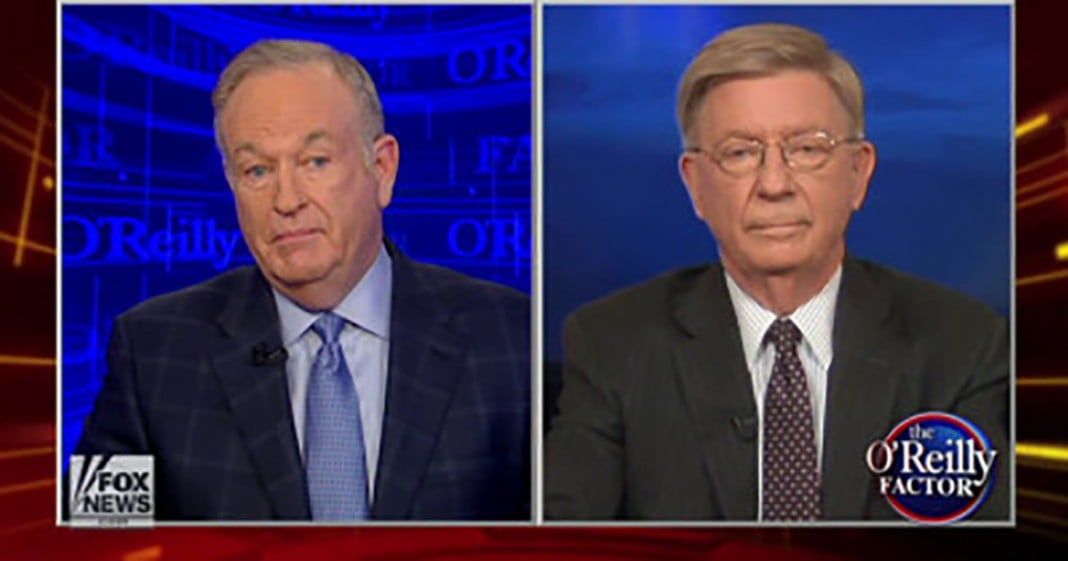 There’s great joy to be had in watching these two right-wing hacks eat each other. Bill O’Reilly and George Will go for each other’s throats as only those two purveyors of perversity can.

They’re fighting over an article Will wrote in which he suggests that O’Reilly slanders Ronald Reagan in his book Killing Reagan. O’Reilly tries to defend himself with fire, attacking Will:

That memo was written, and all of what we write in Killing Reagan is true. We didn’t talk to anybody who had skin in the game or spin in the game, we didn’t talk to anybody who is derogatory toward the Reagans or anyone who is laudatory. We do our own investigation. Killing Reagan is a laudatory book, it praises Ronald Reagan, and you didn’t even mention that. You’re a hack!”

Sit back and enjoy the mayhem.