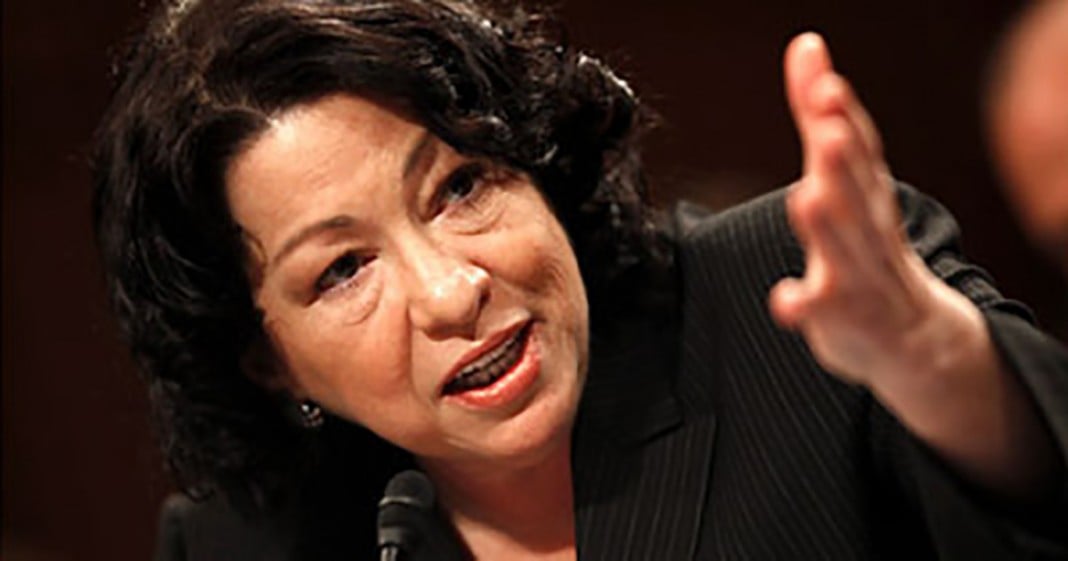 Today, the Supreme Court of the United States dismissed a case about the 2010 shooting death of Israel Leija, Jr. who was shot during a high-speed chase in Texas. Justice Sotomayor, in a blistering dissent, railed against the thinking of the Court.

Sotomayor wrote that the Court is guilty of endorsing a mentality of “shoot first, think later” which is so present in America’s police culture.

During the chase – at speeds up to 110 miles per hour – Leija repeatedly called police on his cellphone and warned them that he had a gun and would shoot police officers if they failed to call off the pursuit.

After police set up tire spikes to slow down the car, State Trooper Chadrin Mullenix of the Texas Department of Public Safety decided to disable the car by shooting at it, but was told by his supervisor to stand by to see if the spikes worked first.

Mullenix disregarded his instructions and fired at the speeding car from an overpass, causing the driver to lose control and the vehicle to roll over before reaching the spikes. An autopsy revealed that four of the six shots Mullenix fired at the car had hit Leija instead, killing him.

Sotomayor contends in her dissent that the officers were not in danger from the driver and her colleagues decision in the majority to dismiss the case continued bad precedent.

For more on this, read the article from RawStory titled: “Sotomayor rips Supreme Court for letting cops get away with ‘shoot first, think later’ approach to violence.“