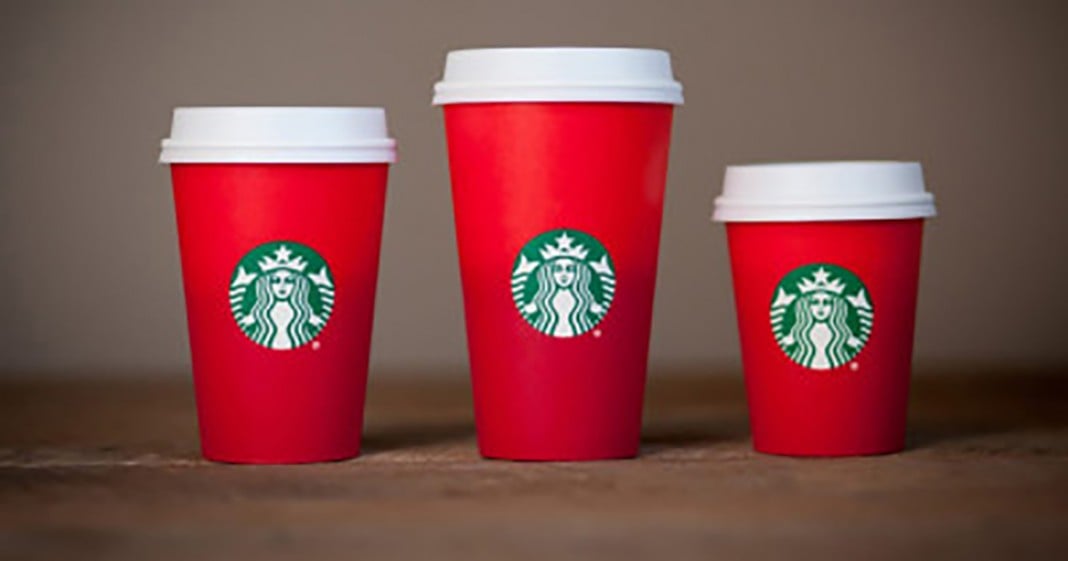 Mere days after Halloween, Starbucks prematurely began rolling our their holiday merchandise and beverages like usual. This roll-out included their limited edition red cups which show up every holiday season. But something was terribly amiss with these cups, because rather than being decorated with things like snowflakes and tinsel-like designs, the cups were merely a solid red.

Droves of individuals rushed to social media to express their displeasure; “The cups aren’t festive,” one whined. “They’ve taken Christ out of Christmas,” cried another. Never mind the fact that Starbucks cups do not usually have religious icons, never mind the snow man cookies and peppermint mocha drinks, and never mind the Christmas Blend coffee beans that are on shelves at every Starbucks in the world. No, it is the solid and minimalist cup design that has indignant people everywhere seeing red.

The “War on Christmas” theme is one that shows up each holiday season and this is just yet another ploy by the far-right to cash in on the paranoid beliefs of religious extremists.

Why can’t we all wait until at least Thanksgiving to start the war on Christmas, everyone? It seems to get earlier and earlier every year.