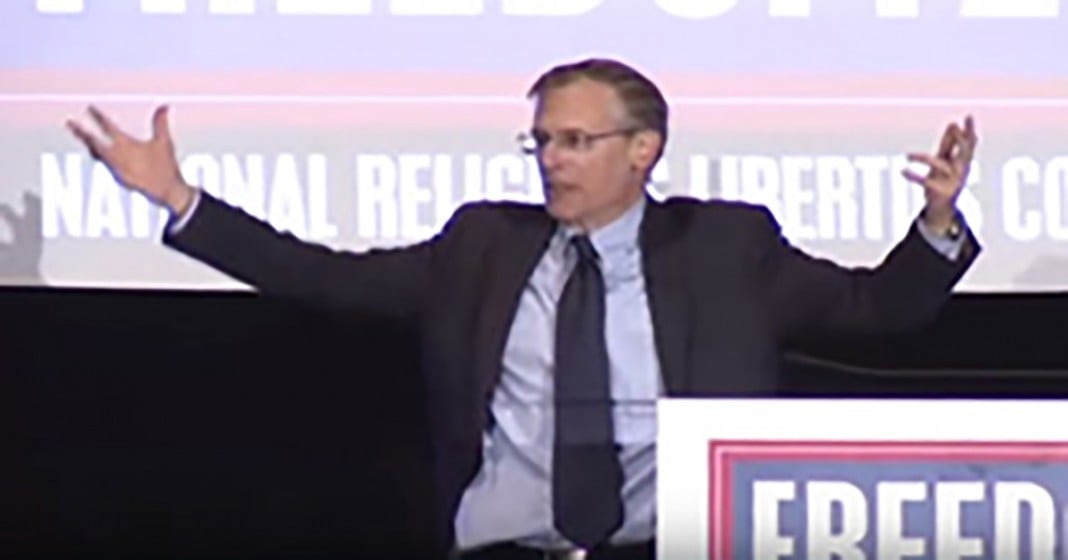 Multiple Republican candidates showed Friday that they have no problem speaking alongside and supporting a man openly calling for the death of a minority group in America.

At the National Religious Liberties Conference in Iowa last Friday, Senator Ted Cruz, Mike Huckabee and Bobby Jindal fielded questions presented by radical right-wing pastor Kevin Swanson. Topics centered around the apparent victimization of Christians in America and covered the usual crowd favorites- Abortion and homosexuality. But in the interim, when it was just Swanson on stage, he launched into a full on rant about homosexuality.

“This particular sin is worthy of death,” Swanson said, referencing various biblical phrases. Swanson also emphasized that the bible is completely clear and that there was “not to be any debate whatsoever about it.”

The fact that people like this still exist in our society is unsettling enough, but the fact that he is successful enough, in fact, to have three potential presidents sharing a stage with him is absolutely terrifying. And how can our own potential governmental representatives, reaching for the highest office in the nation, support such hate?

Hear more from the conference here: