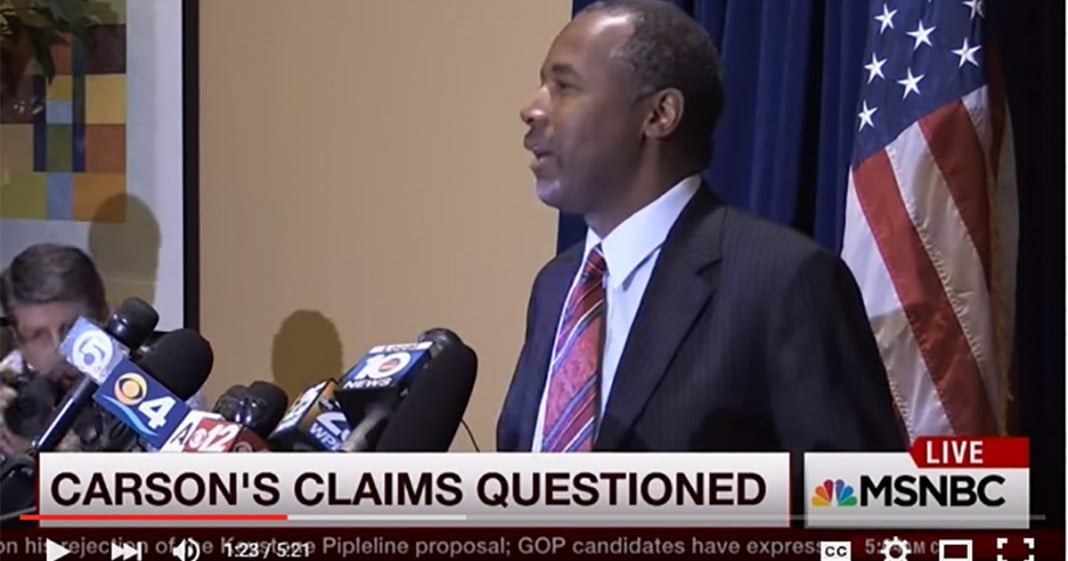 After Dr. Ben Carson was called out on his “bald-face lie” regarding his involvement with Mannatech, he is now claiming that the recent inquiry is a result of another campaign victimizing him.

Manntech, a nutritional supplement company that has come under harsh criticism for making thinly veiled claims about curing a multitude of diseases has been linked to Dr. Carson multiple times. Records exist which show Carson giving multiple speeches speaking positively about the product. Despite Carson’s claim to the contrary, the fact is that he did have an involvement with Manntech, regardless of whether or not he had an official relationship with them.

In a radio interview, Carson was asked if he was being unfairly singled out in regards to his involvement with Manntech. The presidential hopeful replied “Absolutely.”

It isn’t exactly clear whether or not Carson thinks it is a fellow Republican or an enemy Democrat which is out to get him. “They’re very concerned about me, and they’re using National Review as their political tool.” Carson said, “That’s pretty obvious.” Obvious to a delusional man, maybe.

This sort of erroneous criticism of a media source is just more of the same since the most recent Republican debate featured an “evil liberal media” rhetoric. Carson openly lied to the moderator regarding his association with the quack supplement company, calling it “total propaganda.”

Of course if the Republican right can de-legitimize the systems which are in place for honesty and accountability to the American public, they can get away with just about anything.