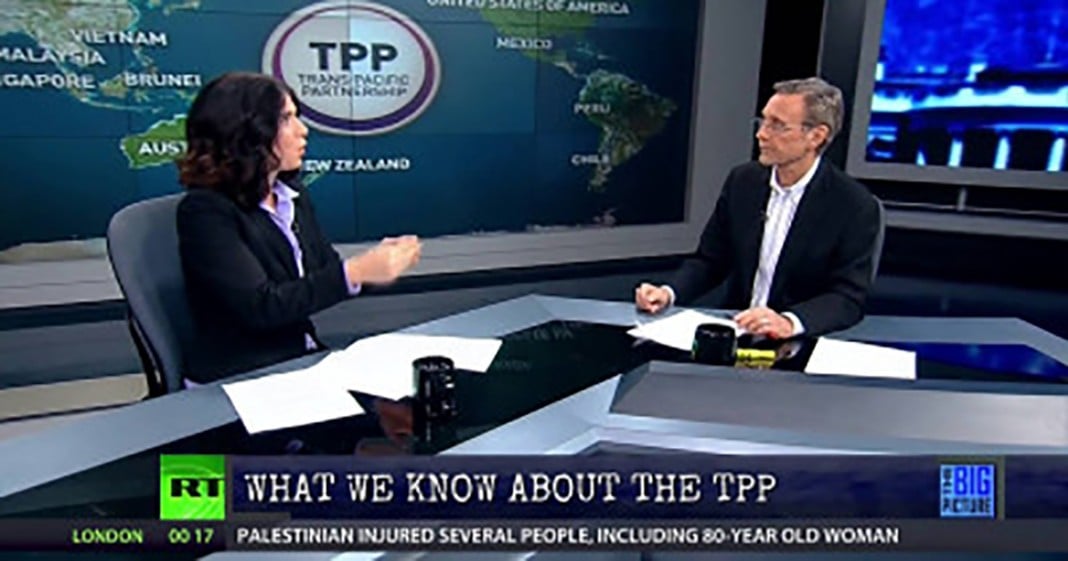 Despite calls from the public and Congress, President Obama’s administration refuses to release the text of the Trans-Pacific Partnership (TPP) trade deal. The terms of the deal have been negotiated in secret and what few details that have been leaked to the public have been cause for alarm and concern for Americans.

Thom Hartmann discusses the TPP and the president’s efforts to keep the public from knowing what it means, in this segment.