Ben Carson has made it quite clear that not only does he fail to understand economic policy, but he is willing to recklessly brandish that ignorance and hurt the American people. Speaking with the Hill, Carson made it clear that he will refuse to raise the debt ceiling under any circumstances.

“If I’m elected, in January of 2017, we will begin to address the budget immediately. We’re not going to wait until October or Novemeber to do it, when we’re backed against the wall. And I will make it very, very clear that there will not be any budget signed that increases our debt ceiling. It will have to be done.”

[…] the debt ceiling is the limit of how much money the federal government can borrow to pay debts already incurred. Should the debt ceiling not be raised when the Treasury advises Congress that it needs to be, the department would have to resort to extraordinary measures to make prioritized payments. If the Treasury is unable to make payments on the debt, however, it would trigger a default that would cause a recession and other economic problems for the United States and the world.

Ben Carson is willing to send the United States government into default to prove some political point that would be completely undermined by the destruction his decisions would cause. But he’d have to know something about economics – or care – to recognize that.

For more on this, read the article from Addicting Info titled: “Ben Carson Literally Vows To Crash The Economy In First Year If Elected President.“ 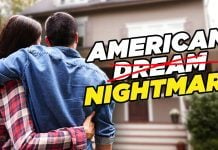 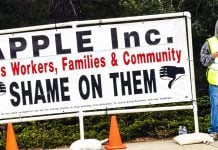