A recently completed twenty-year study comparing psychiatric disorders in rural children with those suffered by those living in urban areas yielded some unexpected – and significant results. It turns out that by simply providing parents with a bit of economic relief results in tremendous benefits for their children in terms of mental health and overall development. This comes as no surprise to most people, particularly families who have had to struggle with finances over the past decades of government “trickle-down” economic policies. It should, however, serve as a wake-up call to self-righteous, calloused policy makers who simply dismiss poverty as a “moral failing.”

The study, published in the Archives of General Psychiatry, began in 1996 when seven researchers started tracking the children of low-income families in the Great Smoky Mountain region of western North Carolina. At the time, the research subjects were aged 9, 11 and 13. One-fourth of the children were members of the Eastern Band of the Cherokee Nation, who reside in an area known as the Qualla. Although not technically a “reservation,” it is held in trust and supervised by the Bureau of Indian Affairs. The tribe is entitled to the same protections and rights as other Indian Nations, including the right to establish and profit from gaming casinos. The Eastern Band of Cherokees opened its casino in 2000. As is the case with most Indian Nations, casino profits have been distributed among tribal members, like dividends. It has raised incomes among Cherokee families by an average of 20%, giving them an extra $4,000 a year.

This is when the researchers noted some unexpected results, which were recently published by the National Bureau of Economic Research. Conclusion demonstrate that

there are significant positive effects of an increase in unearned household income on the prevalence of behavioral and emotional disorders and on the personality traits of affected children. These effects are robust to individual fixed-effects and are not explained by changes in parental time use, employment, marital status, changes in national welfare reform or other tribal government programmatic changes.

While the researchers are not absolutely certain as to why children’s’ mental health improved as a result of the increase in family income, the authors of the paper have some good ideas – all of which are directly related to reductions in overall stress levels. Most importantly, reducing economic stress had a positive effect on relations between the parents.  Co-author Randall Akee told the Washington Post, “We know that the thing poor couples fight about the most is money…off the bat, this means a more harmonious family environment.”  His colleague, Emilia Simeonova, agrees. She says, “There is a lot of literature that shows in order to change outcomes among children, you are best off treating the parents first…these are really clear changes in the parents.” In addition, parents benefiting from the extra income drank less alcohol and enjoyed better relationships with their offspring.

The bottom line is that even a modest increase in poor families’ income can work wonders for a child’s development and long-term well-being. It reinforces what psychologist Abraham Maslow discovered decades ago: unless people are secure in having their basic survival needs met – i.e., air and water, food, shelter and physical safety – they will be unable to do much else. On the other hand, those who are secure in not having to worry about food and a roof over their heads are far more likely to be more productive citizens – and better parents. Some states and communities that have been providing basic shelter and nutrition to the homeless are finally catching on to this concept. It’s time for federal policymakers to follow suit. 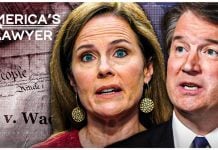