Candi Kinney, the owner of Roseburg Gun Shop, does not fear the individual who opened fire a few miles from her gun shop, killing ten innocent people. She fears President Obama. She even has a cutout of him in her store wearing an Arab keffiyeh scarf, and mocking him for being responsible for her incredible gun sales.

In fact, even before the Roseburg college was cleaned of the blood from those killed and wounded near her store, she ordered extra assault rifles. Why? Because as Kinney told The Guardian: “There’s always a rush on them after a big shooting. We can’t keep the stuff on the shelves.” In other words, mass shootings, even those within a few miles of her store, are good for business. What reporters for The Guardian discovered is that even with people lining up to give blood in an effort to save those wounded, it was virtually unanimous the residents did not want gun control. Just the opposite, they wanted more guns in their community.

Interviews with almost a dozen residents on Friday yielded unanimity – even in the queue of people lining up to donate blood at a tent set up downtown. “Obama sucks, he’s stupid,” said Chris Allen, 43, a mill worker. “If criminals want to get guns they’ll get guns.” Allen had lost a brother to gun violence – a separate tragedy which only steeled his pro-gun resolve.

For more on this story, click The Guardian Oregon college shooting is all the more reason to carry guns, say local residents

For others stories on the Roseburg massacre, click RFK Spoke at Roseburg, OR on Gun Control 47 Years Ago: He was Killed 10 Days Later: Watch His Speech, and This Man Had a Concealed Weapon During the Oregon Shooting: Intelligent Reason Why He Didn’t Act 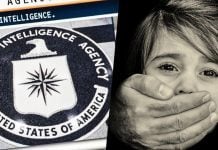