A group of Planned Parenthood supporters confronted Republican presidential candidate Carly Fiorina on Saturday during a meet-and-greet event at an Iowa Hawkeyes tailgate party. Despite an increase in the polls, Fiorina has been criticized for her egregiously untrue statements made about Planned Parenthood during the second GOP debate.

Fifteen to 20 people conducted a surprise protest on Fiorina, clad in pink shirts and  they reportedly threw condoms at the candidate. Security, which turned out to be off-duty officers, escorted Fiorina into a protected area away from protesters.

“[Fiorina] said she is for women’s rights, not abortion,” said Cindy Shireman, a Planned Parenthood patient for more than 30 years. “But I reminded her that Planned Parenthood is about health care, not just about abortion. Then she told me to get my statistics straight and do some research.”

Fiorina’s numbers continue to rise despite making fear-mongering statements that are obviously untrue. Fiorina’s climb marks a frightening trend of rhetoric over fact in the GOP presidential race. 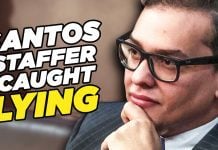 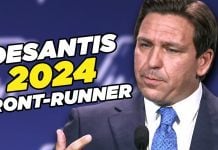