US-based Alexion Pharmaceuticals is becoming the new poster child for psychopathic corporate greed. The $3.3 billion dollar company, part of the elite NASDAQ-100, holds an exclusive patent on a unique drug – and is suing the Government of Canada to make certain those who cannot afford the treatment simply die.

Eculizumab, sold under the brand name Soliris®,  is the only treatment for two rare blood diseases: Marchiafava-Micheli Syndrome, a condition in which the immune system destroys red blood cells, and atypical hemolytic uremic syndrome, another auto-immune disease that causes blood clots throughout the body. These diseases affect one person in a million – and Alexion is going to make sure that they continue to pay the highest price possible for what is considered to be the most expensive drug in the world.

The cost of Soliris to patients in Canada is around $700,000 CDN per year. It’s a bit lower in the US, which the company argues is due to the exchange rate. Because of the extreme cost, only certain provinces will cover Soliris. The Canadian Patented Medicine Prices Review Board claims the cost is “excessive.” This past June, the board began holding hearings in order to force Alexion to reduce the price of Soliris. If that was to happen, Alexion would be required to reimburse the Government of Canada for overcharges. In response, corporate attorneys for Alexion filed suit in US Federal Court to stop the Review Board from taking any action that would force reduction in the cost of the drug.

The stakes are high. If Alexion’s lawsuit is successful, it could completely undermine Canadian health authorities’ ability to regulate and control the prices of patented drugs.

Alexion Pharmaceuticals was founded in 1992. Since Soliris received FDA approval in 2007, it has made the company a tidy $6 billion. The company has a lock on the patent until 2017. Because of the extremely high price of the drug, it is difficult for patients to get – even in countries with government-funded health care systems.

Last year, a story in the Toronto Star reported the case of a woman who was unable to receive a much-needed kidney transplant until she could be treated with Soliris – but the provincial government of Ontario ruled that her illness was not severe enough to justify the expense. A year before that, the media reported that the Belgian government had refused to cover Soliris treatments for a seven-year-old child because his treatments would cost more than €18000 (over $20,000 USD) a month. When Belgian health authorities started an investigation into the possibility that Alexion was in violation of ethical standards, the US pharmaceutical company obtained a gag order in order to stop the agency from releasing any information.

How does Alexion justify the cost of Soliris?  Catherine London, a spokesperson for Alexion, told the Toronto Star that factors include “the rarity of the illnesses it treats and the costs associated with research and development.”  However, the fact is that Alexion doesn’t have to justify anything. Because it is an “orphan drug” designed to treat only one or two rare conditions, the actual costs of research and development are closely-guarded secrets – and the companies that produce them are under no legal obligation to reveal such information.

It may appear to be a simple case of market principles (the expense of developing a drug for a very small population). However, medical science reporter Kelly Crowe, writing for CBC News, says that “the extreme prices of these new orphan drugs are largely arbitrary, and have very little to do with the development and manufacturing costs,” and points out that most research is carried out at publicly-funded universities. This was true of Soliris. The underlying research was done by a scientist at the University of Toronto, Dr. Sachdev Sidhu. He says:

In other words, taxpayers footed the bill for the research, and Alexion is making the profits.

Ironically, Soliris was first tested for the treatment of rheumatoid arthritis, a much more common disease.  However, the clinical trials were unsuccessful. If Soliris had been approved as a treatment for arthritis, it would have been competing with dozens of other drugs – and Alexion would have been forced to charge much less. Because of its “orphan” status, however, the company can charge whatever it likes – and if patients in need cannot afford it…well, what’s a few human lives measured against billions of dollars in revenue? 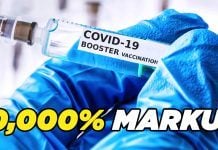 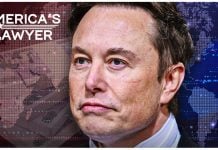