Los Angeles, California has the highest homeless population in the nation – and the problem is getting worse. Since 2013, the number of people living on the streets in the City of Angels has increased by ten percent, and the situation shows no signs of improving. In response, the mayor is declaring a state of emergency, announcing a $100 million plan for dealing with the issue.

That amount won’t go very far. Real estate prices have exploded, rents have skyrocketed and – ironically – areas of the city where somewhat affordable housing once existed is being taken over by the 2%, who are turning them into deluxe lofts and condominiums and upscale eateries. LA homeless advocate Alice Callaghan told the media that “A hundred million dollars won’t even buy all the homeless pillows…what we really have here is a housing crisis.”

Callaghan, a former Roman Catholic nun turned Episcopalian priest, has long been a prominent figure in the fight for the homeless and impoverished of the city. She helped establish the SRO Housing Trust and manages a community center in LA’s Skid Row neighborhood, known as Las Familias del Pueblo. Her activism on behalf of LA’s homeless population over the past 35 years has earned her admiration and respect – as well as a great deal of hostility.

In an interview with LA Times reporter Pat Morrison, “Father Alice” (as she is affectionately known) pointed out:

What happened is gentrification. In the 1980s a prominent real estate developer named Tom Gilmore purchased an old building in the area and turned it into upscale apartments. The building had not been occupied at the time, but the minute Gilmore started his enterprise, it changed everything. Suddenly, landlords in the area wanted to cash in. “It became almost impossible for nonprofits to secure housing because now landlords have dollar signs on the horizon,” said Callaghan. “It resulted in the conversion of SROs…and the city did nothing.”

Up until that time, LA’s redevelopment agency had plans to preserve low-cost housing in Skid Row. “The city understood then that if you didn’t house people on the row, you couldn’t solve any other problems in downtown,” Callaghan pointed out. Those plans went out the window as Big Money developers stampeded into the neighborhood and the gentrification process went on virtual steroids.

Thirty years later, the chickens have come home to roost as LA’s homeless population has doubled – and there is nowhere for them to go but the streets.  Father Alice fears that the sudden concern for the homeless is little more than talk.  “I don’t think our city has the slightest interest in the homeless except for visibility,” she says.

She may be right. Los Angeles is one of the cities being considered as a host for the 2024 Olympic Games. City administrators may very well be less interested in providing housing than they are just getting the homeless out of public view.

In any event, Father Alice is correct about the numbers. One hundred million is a drop in the bucket. Last year, Mayor Bill de Blasio of New York City announced a plan to spend $41 billion over the next ten years in order to build 80,000 new, low-cost housing units and renovate 120,000 more across the five boroughs. Meanwhile, on the other side of the country LA Mayor Eric Garcetti is proposing to spend a mere fraction (approximately .025%) of that amount in order to address homelessness in his city. At the same time, LA is planning on spending a whopping $6 billion in order to bring in the Olympic Games.

“They can spend billions on getting the Olympics, but not on getting people off the sidewalks,” says Alice Callaghan. In fact, the City of Los Angeles already spends $100 million a year on homelessness – primarily on police enforcement and jails. The mayor might take a lesson from the State of Utah, which has been solving their homeless crisis by simply providing homes. With this approach, Utah has cut its costs by one-third while reducing homelessness by 72%.

At the same time, Charlie Hales, mayor of Portland, Oregon, has moved to declare a similar state of emergency in his city. Unlike his counterpart in LA, however, Mayor Hales has clear, detailed plans in place. In a press release issued Wednesday, September 23rd, he said:

We have created a powerful new partnership in A Home for Everyone, wherein the County, the City, our Housing Authority – Home Forward – and other partners are working in concert. This approach has already shown its merit as we have housed more than two thirds of our community’s homeless veterans in a few months.”

While The City of Angels wrings its hands and bloviates and promises to throw what amounts as chump change at the problem, The City of Roses will waive zoning requirements, expedite the conversion of unused  municipal buildings into shelters, and work with governor Kate Brown to waive parts of Oregon’s building codes in order to speed up the approval and the construction process.

Granted, Los Angeles’ situation is bigger than those faced by Utah and Portland. Nonetheless, the money is there. Los Angeles is home to film, professional sports and many other incredibly profitable industries. It is a place where the obscenely wealthy literally live next door to the poorest of the poor; a recent survey showed homeless people living in automobiles and tents in Brentwood, the San Fernando Valley, and other high-end neighborhoods.

What is lacking is political will. Until the City of Los Angeles gets its priorities straight, the problem will continue to grow like a cancer. 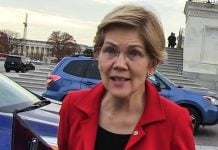