In a CNBC interview today, Turning Pharmaceuticals CEO Martin Shkreli (32 years old) said he was proud of his action in raising the AIDS drug Daraprim from $13.50 to $750, and he will do it with other drugs. The medicine Daraprim is a 62-year old drug used to treat life-threatening parasitic infections, whether involving babies or AIDs patients.

Turning is an ex-Hedge Fund manager who looks for crucial lifesaving drugs that are affordable. He buys the rights to the drugs, and then raises the price to astronomical amounts to make a quick, large profit.

The CNBC host asked Shkreli: “When you bought this company did you buy it because you knew you could raise the price?” Shkreli responded: “We definitely planned on raising the price, that’s for sure. We’ve took it to a price where we can make a comfortable profit, but not any kind of ridiculous profit.”

The host continued by asking if Shkreli would consider lowering the price because “doctors and patient groups are saying they can’t access this drug.” Shkreli responded: “No.”

This is not the first time Shkreli has been involved in offensive pharmaceutical behavior. When in his 20s, he started the hedge fund MSMB Capital, where he was accused of urging the FDA to not approve certain drugs made by companies whose stock he was shorting. In 2011, he helped form Retrophin, which also acquired older drugs and immediately raised their prices.

For more on this story, click Ring of Fire Drug Co. Started by Hedge Fund Manager Buys Rights to AIDS Drug: Increases Price 5,000%; RawStory Pharmaceutical CEO: $750 is a ‘more appropriate’ price for $13 AIDS medicine, and RawStory Ex-hedge funder buys rights to AIDS drug and raises price from $13.50 to $750 per pill.

Below is Shkreli’s proud picture of himself he posted on his Twitter page. Watch David Pakman discuss the claim by Turing that it now will roll back the price of the drug after all the negative media; to what price Turing is not saying

Watch our discussion on how the entire generic drug industry is at risk: 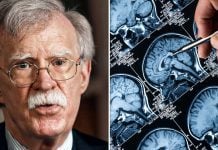