Despite pulling out all the stops and spending as much as $40 million dollars (according to J Street), the American-Israel Public Affairs Committee (AIPAC) has failed to stop the nuclear treaty with Iran – and the organization certainly is feeling the repercussions. The sixty-four year old lobbying group literally tried to buy legislators who they thought could be counted on to derail the historic Joint Comprehensive Plan of Action that the Obama Administration worked to hammer out for over eighteen months. The campaign involved the purchase of media advertising and direct lobbying of pet GOP legislators – which included reminders as well as threats.

What happened? GOP war hawks (desperate for another profitable war) and Obama’s detractors (who fight anything the President tries to do) neglected to do their homework. Because AIPAC has been so generous to their Republican lapdogs over the years, those lapdogs assumed that the organization spoke for the US Jewish community and American Jewish voters. They don’t – not by a long shot. In fact, according to a survey from the Public Religion Research Institute during the last election, only 4% of Jewish voters considered Israel to be the most important factor when deciding upon a candidate. Another survey by the American Jewish Council found that fewer than 10% of US Jews identified Israel and US-Israeli relations as an important issue when casting their vote.

Republicans have also been blinded (as usual) by the money. Considering how much AIPAC has given to the GOP over the years, it has been easy for them to believe AIPAC was speaking for America’s Jews. AIPAC doesn’t, though its wealthy political donors would have them believe so. If GOP lawmakers had even bothered to look at historical statistics, they would have understood that Jewish voters have overwhelmingly voted Democratic since Al Smith lost to Herbert Hoover in 1928. Today, Democratic support among Jewish voters ranks just behind that of African-Americans.

When it comes to the Iran treaty itself, the Jewish Journal reported this past summer that nearly half of American Jews support the deal, based on a survey from the LA Jewish Journal.

In a way, the GOP’s miscalculation is understandable. While AIPAC represents only a tiny fraction of US Jewish voters, they have (like other moneyed right-wing organizations) a very large microphone. As an Illinois Senator in 2008, Barack Obama admitted to The Nation’s M.J. Rosenberg that AIPAC was the only Jewish political organization he ever heard from. To Rosenberg, Obama advised liberal Jews to organize: “You need to make your voice heard so I can’t ignore you.”

That left-wing Jewish organization today is J Street. While J Street is supportive of Israel and its right to defend itself, it also firmly believes in peace and diplomacy – such as a two-state solution to the Israeli-Palestinian conflict. Despite the fact that J Street lacks the virtually inexhaustible financial resources of AIPAC, the liberal Jewish organization was able to play a significant role in blocking the resolution to disapprove the Iran nuclear treaty. That victory is yet another demonstration that the power of money in politics has its limits – especially when it is opposed by passionate groups of committed people with history and good sense on their side. 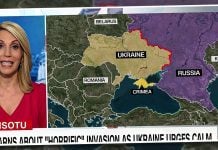 Corporate Media Is Thirsty For A New War