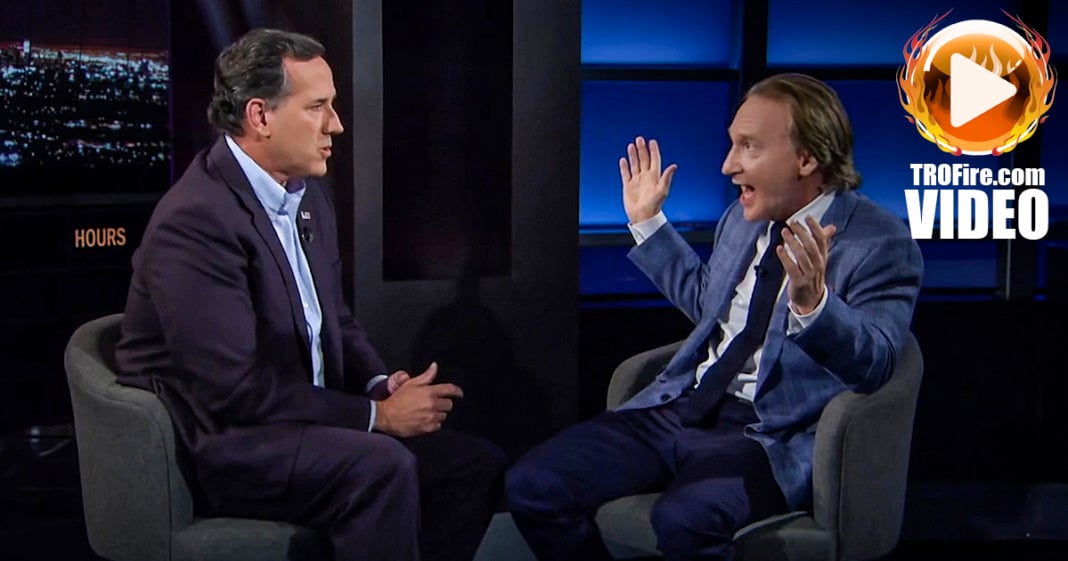 In some kind of ill-advised attempt to remain relevant, Rick Santorum felt that it was a good idea to go head to head with Bill Maher on this past weekend’s episode of Real Time. And when Maher confronted the GOP candidate about his position on climate change, it went exactly as you’d expect, Santorum getting destroyed by Maher.

First of all, his statement that about 57% of scientists claim they don’t think carbon emissions are to blame for climate change…there’s a problem with that. That claim – the alleged study – only exists on right wing, pro-industry, climate change denying websites. The very few links that do exist don’t actually lead to a study, but instead direct you to a paper that was drafted by climate change deniers in Australia. No credibility, no basis in reality.

But you at least have to give Santorum credit for having the courage (likely, however, stupidity) to appear opposite Bill Maher and to say such obvious lies with a straight face, knowing Maher would humiliate him. I seriously doubt we’ll ever seen Donald Trump or Chris Christie show enough tenacity to face down Maher.