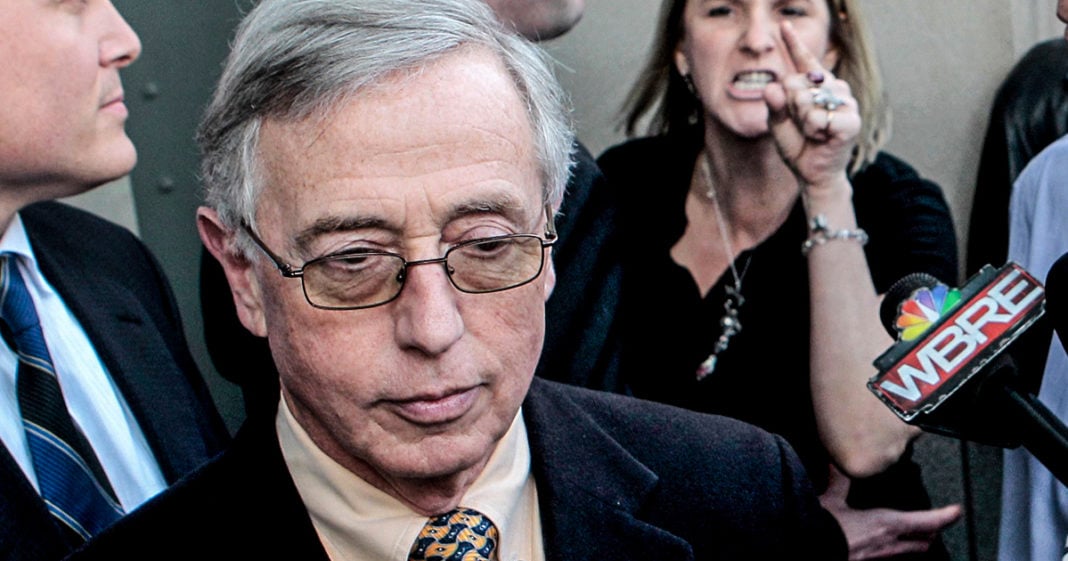 A Pennsylvania judge convicted of sending young kids to juvenile detention centers in return for cash has been sentenced to 28 years in prison, reported NPR. Good riddance to this guy.

Former Luzerne County Judge Mark Ciavarella Jr. was convicted of taking up to $1 million in bribes from developers of juvenile detention centers in the state of Pennsylvania. The disgraced judge became known for doling out harsh sentences for small, petty crimes in order to receive payment for each kid sent. The scam became known as “kids-for-cash.”

Between 2003 and 2008, the Pennsylvania state Supreme Court tossed 4,000 convictions issued by Ciavarella because the judge violated the constitutional rights of the kids. These violations included denying the right to legal counsel and the right to intelligently enter a plea. Disgustingly, his attorneys said that all the media attention on Ciavarella was a good enough punishment.

“The media attention to this matter has exceeded coverage given to many and almost all capital murders, and despite protestation, he will forever be unjustly branded as the “Kids for Cash” judge,” said the attorneys’ memo.

The evidence shows that Ciavarella’s branding as the “Kids for Cash” judge is rightful and just. He ruined the lives of several children in exchange for large sums of money and deserves the shattered reputation and every day of his sentence.